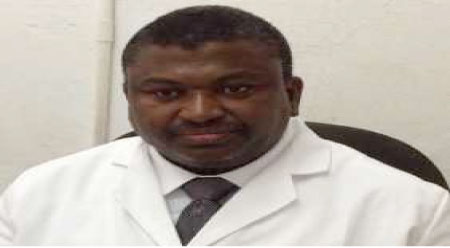 Dr. Ahmadou Lamin Samateh, the minister of Health has revealed that the Upper Saloum settlement of Njau will have a new Health Centre.

He said construction of the new health facility will commence in February, adding that the present health post will be turned into a staff quarter.

Dr. Ahmadou Lamin Samateh, made this statement on Saturday while presiding over the handing over of an ambulance to the health facility at Upper Saloum District, Central River Region north.

Minister Samateh informed the gathering that the handing over of the ambulance to Njau health post is part of government’s efforts to standardise the health sector.

“The community of Njau needs more than a health post and we are in discussion with the community and hopefully very soon we will start the construction of a health centre in Njau as work on the project will start in February this year,” he said.

According to him, his ministry will also provide another ambulance that will be stationed at the health post in Njau, saying that ambulance is part of a pilot project initiated by the Health Ministry.

Samateh said the role of those ambulances will be to go into various communities and bring sick people to the health facilities.

“We are trying to close the gap in the referral system by distributing this ambulance to health facilities including Njau considering the catchment of the area,” he said.

He called on the electorates to exercise patience, saying that a system that had broken for the past 20 years cannot be fixed in a short time.

Demba Sey, the chief of Upper Saloum described the development as timely and a step in the right direction.

“My people suffered a lot in terms of access to health care services,” he decried, while thanking government through the Ministry of Health.

Sala Bah, a women leader, lamented that Upper Saloum District with 84 villages is the only district in CRR which does not have a health centre.