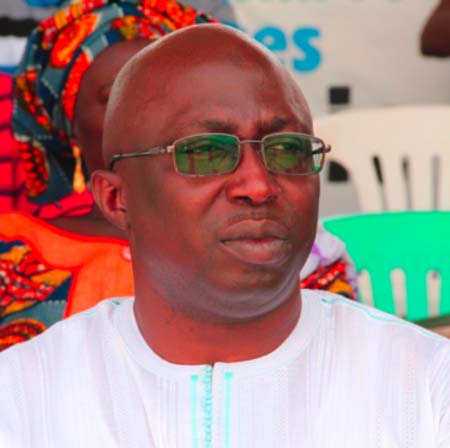 The Secretary General of Gambia National Olympic Committee (GNOC), Abdoulie M. Jallow, has outlined his committee’s plans for Gambian sports journalists in the next quadrennial.

Addressing journalists at the Annual General Meeting (AGM) of the Sports Journalists Association of The Gambia (SJAG) on Saturday 4 March 2017 at the Olympic House, Mr Jallow said journalists, especially sports journalists, are key partners of the National Olympic Committee.

He said that during the new quadrennial 2017-2020, the National Olympic Committee intends to work with sports journalists in promoting and developing sports in The Gambia.

Mr Jallow, who doubles as secretary general of The Gambia Basketball Association (GBA), said one of their core mandates as a committee is to prepare a team to the next Olympic Games in Japan in 2020. “It is important that sports journalists follow the progress of all the athletes through the qualification journey,” he said.

“We should not underestimate the importance of publishing the profiles of the athletes as it can motivate them to do better in each competition. This would also help the general public to understand how athletes end up being selected to represent The Gambia” he said.

Mr Jallow reaffirmed that GNOC will continue to work with sports journalists and will do its utmost to help in building the capacity of Gambian journalists.

“We have identified a course to be organised by Zone II ANOCA, which two journalists would attend,” he told members of the Sports Journalists Association of The Gambia.

“The course should have been held in Mali last month but was postponed till further notice. We will however continue to look for opportunities for your members during our term in office.  Even though resources are scarce, we will endeavour to ensure our partnership is mutually beneficial.”

The GNOC secretary general also informed the gathering that they are in the process of setting up commissions of the GNOC, which will serve as important pillars and advisory bodies to the GNOC Board.

He added that the Media Commission is one of these important pillars and they will link with the Sports Journalists Association of The Gambia to provide names of possible candidates to serve as commission members.

He revealed that the role of the commission is to collaborate with the GNOC in the production of effective reporting material for consumption by the sporting fraternity and the general public.

“They will be expected to device innovative ways of sports reporting in order to build athlete staff esteem, especially women and girls,” he explained. “The commission will also help in the sensitisation of athletes and coaches about their attitudes towards their own trainings, winning and self-worth, to their teammates and opponents.”

He said they will also come up with sensitisation material for athletes and coaches with regard to anti-doping and fair play through the use of media images.

The commission will conduct research and publicise the best practices of sports and athletes development. It will also look at ways in which the NOC can help the media by identifying potential partnerships with international media institutions within the Olympic Movement, he said.