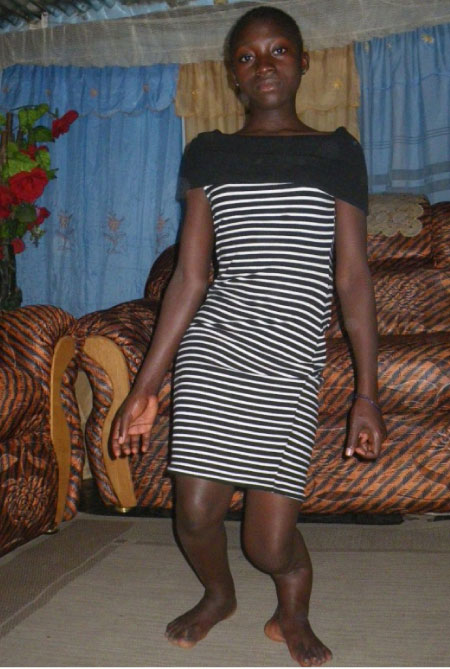 Yassin Sonko, a 13-year-old girl resident in Faji Kunda finds it very difficult to walk as she struggles with a turned leg.

According to her mother, the sickness attacked her daughter at the age of seven.

The mother said the girl was taken to Fajikunda Health Centre at first but they could not see any improvement. She was again taken to the RVTH where she was operated on and was receiving treatment.

She said as a family they are in desperate need of help as the girl’s condition has continued to deteriorate by the day.

The family is therefore seeking support for Yassin to be taken abroad for overseas treatment, even in neighboring countries, to restore her health.

“We are appealing to President Jammeh, the general public and NGOs, to help us improve her health condition,” the mother said in tears.

According to the medical report on Yassin’s physical examination issued by the RVTH on 17 February 2012, the girl’s “mucous is humid and well colored, the chest is clear. On normal heart sound, however, the musculoskeletal system reveals an angular left in its partitioned side”.

“There is a cicatux which recalls the surgery of the chronic ostemeoyelitis,” the report says, adding that the x-ray of the left leg reveals loss of the fibial bone with hypertrophy and angulations of the fibula bone causing bone fracture”.