The Chief Executive Officer Gambia Investment and Export Promotion Agency (GIEPA), Fatou Mbenga Jallow, has said that the recruitment committee plays a major role in the recruitment, interviewing, screening and evaluation of applicants.

GIEPA CEO Mbenga Jallow was speaking recently before the joint session of the Public Accounts Committee and Public Enterprises Committee (PAC/PEC) of the National Assembly, while presenting the GIEPA annual report for 2013.

She noted that the aim of the committee is to advance the agency’s commitment to the principles of diversity and equal employment opportunity.

The GIEPA CEO further stated that the agency’s senior management team undertakes the profiling of applicants, and recommends to the board of directors for the short-listing for subsequent interviews to be held.

The director of finance and administration committee serves as the secretary to the committee and provides administrative support, she added.

According to GIEPA CEO, the agency led by the department also undertook a tour of all the administrative regions in the country.

The ultimate objective of the engagement with the regional governors and area councils was to discuss the business and investment opportunities in the regions, she stated.

“This strategy is in recognition that there are many opportunities in the country that can be tapped, if stakeholders are engaged in the regions,” the GIEPA CEO went on.

The engagement also availed the agency the opportunity of knowing the processes involved in accessing land for investment in the regions, she said.

She disclosed that GIEPA also has to report to the National Assembly Select Committees, whose objectives or purpose is to carry out lawful checks and scrutiny over public enterprises and agencies and the public service delivery systems, with a view to ensuring that the Gambia government and its public services, institutions, enterprises and agencies are financially, socially and politically accountable to the Gambian people through their elected representatives. 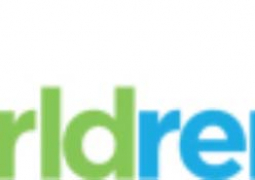