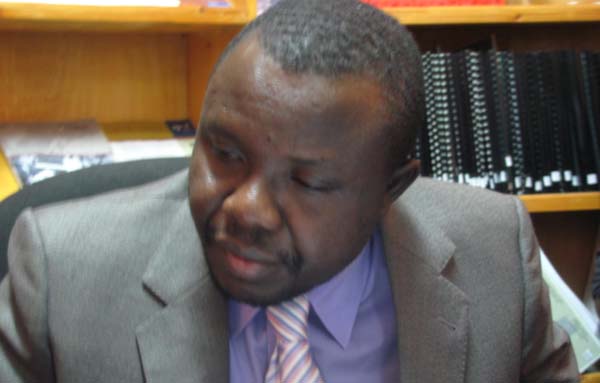 The Gambia Investment and Export Promotion Agency (GIEPA) has decided to inject fresh impetus into the exportation of products of indigenous businesses in The Gambia.

This was disclosed to the media in a conclave held at Giepa head office on Wednesday, where some indigenous businesses were orientated on the Agency’s new export promotion strategy, known as Export Advancement Programme (EAP), spearheaded by its Business and Export Development Department.

The Gambia’s import bill far outweighs its export earnings, which is a phenomenon that must be changed to reduce the pressure on the Gambian dalasi in chasing the comparatively meagre foreign currencies or international trading currencies in the country, such as the US dollar, the Euro and the pound sterling.

There are also other reasons why exportation of products by home-grown businesses should be supported and promoted.

The importance of export performance cannot be overemphasised, as the country has been witnessing low performance of export, trade deficit, whilst import surpasses export, Mr Gaye explained.

“The EAP was, therefore, initiated for the promotion of export for national development,” he said.

“The programme is also out to prepare indigenous businesses to be ready to do their business well and be able to export.

“It is also geared towards identifying weaknesses and strengths of the local businesses to help them to overcome their challenges over time, and become viable business enterprises that bring in needed foreign currencies to meet the national import bill.”

Such businesses would also continue to grow and create more employment opportunities for people in the country, he added.

In his remarks on the occasion, GIEPA Officer-in-Charge Momodou Drammeh encouraged the businesses qualified to take part in the pilot phase of the project, saying they should take the programme with seriousness to ensure the objective is realised.

“We want to look at areas that can steer the export promotion initiatives of this country, as exporting transformation has critical areas that would steer the country’s economy,” OIC Drammeh said.

“This will take the economy to higher heights, create jobs, and help our brand as a country,” he added.

He advised the businesses involved in the project to take up the opportunity and make good use of it.

“Let’ s go all the way to ensure that we are successful in this endeavour that one day we can all rip the benefits and be proud of our country,” he said.

In his remarks, Deputy Permanent Secretary at the Trade Ministry, Lamin Dampha, said the creation or establishment of an export-promotion agency in 2010 was a conscious decision by government to tackling the huge imbalances between the country’s import bill and export earnings.

“In 2010 the Government made a conscious decision to create an export-promotion agency, and also to come up with a national export strategy. There is a reason why government did that,” Mr Dampha said.

“If you look at the export-import data in this country, the variance is too much; it is very huge. Without making a conscious decision to close that gap, it will be very difficult for us to solve the problems associated with it.”

He said further that in development process, it is exports that pay for imports, but not the other way round.

He said the initiative is a welcomed programme that should be embraced by the companies and enterprises that have qualified to embark on the export strategy process.

“We are very much hopeful to see the outcome or result of this initiative,” Mr Dampha said, as he encouraged the beneficiaries to take the programme seriously.

He thanked GIEPA, particularly its business and export development department for the initiative.

“Our doors are open to supporting you in this endeavour,” he said.

In her remarks, GIEPA Director of Business and Export Development Department, Mariama T. Fatajo, explained the rationale behind the selection of the businesses that partake in the programme.

She said EAP is a six-month pilot programme initiated by the business and export development department of GIEPA. The programme trains and supports businesses all the way in ensuring that they successfully be in a position to fully embark on substantial exportation of their products.

More businesses will be brought on board as the project unfolds successfully, she said.

“We want to help our indigenous businesses to involve more in the export drive of the country,” she said.

Some of the businesses that have so far qualified to engage in the pilot phase of the programme are Nifty ICT Solution and Finish Profiles (Gambia) Ltd.

However, their strength or ability of meeting the challenges of successfully running their businesses, producing and exporting to the international market would be determined by how much the challenges of running a business in the country are overcome.

Some of the challenges faced by most businesses in the country are lack of finance and credit facility, taxes by Gambia Revenue Authority (GRA) and lack of appropriate and competent personnel and skilful staff, among other obstacles.

It was, therefore, deduced that the EAP will not be “successful without the positive participation of other sectors”.