The president of The Gambia Football Association(GFA), Seedy M.B Kinteh, has commended the Gambian Ambassador in France Moses Benjamin Jallow for the good effort he is doing in mobilizing the Gambian community in France to welcome both the players and the Gambian delegation ahead of their friendly international against Gabon on February 10thin Paris.

In an interview with Pointsports yesterday, Mr. Kinteh said that Mr. Jallow has scouted six Gambian players in and out of this number two are playing with first division teams namely Abdoulie Trawally and Abdul Baldeh.

He revealed that the Ambassador is making arrangements for the coach to meet the two players adding that the players will be invited to join the team during training.

Mr. Kinteh appealed to other Gambian embassies in to emulate the gesture of Moses Jallow.

Joseph Gomez and the Coach Paul Put together with other officials are expected to leave today. 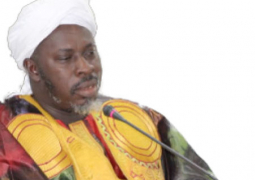