Gampost, the country's postal services has explained reasons behind Express Mail Service (EMS) being introduced in The Gambia and why it should be taken seriously ahead of their Anglophone meeting in the country.

Momodou A. Ceesay, the Managing Director of Gampost, said in an interview that Express Mail Service (EMS) is the courier arm of the World Postal Service.

"It is the response to the encroachment of the traditional postal sector", he said, adding that the private sector realised that the postal service worldwide had a vacuum and that its service is still dependant on the timely delivery of documents and parcels.

"The private sector came in and filled in that void with DHL, TNT and many others. Our mails and parcels began seeing decline in volume and as a result, the World Post under the Universal Postal Union (UPU), specialised agents of the UN came up with the idea of establishing a courier arm of postal services, thus ," he stated.

Mr. Ceesay said the objective of MES was to deliver mails within the shortest possible time as the private sector is doing.

According to statistics, the services have in many instances surpassed the private sector in terms of delivery standards.

"Post Office is found in all parts of the world," he said, adding that the was introduced in The Gambia in April 2009, though it has long been established. He said they had earlier seen rapid demand of the service.

Ida Touray Drammeh, Senior Marketing Manager of Gampost, said mails could be sent worldwide to be delivered between 3-5 working days, through .

"Items can be tracked and traced through the Universal Postal Union rugby system. is less expensive in terms of affordability. We also offer what we call after sales services," she said.

But she noted that the advent of Internet has slowed down their business, compelling them to shift to other forms of innovations as there are many more in the pipeline.

"We shall continue to encourage our customers and maintain a win-win relationship," she concluded. 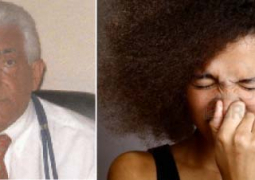 What is “Fresh Cold”?