Over fifty Traditional Birth Attendants and Circumcisers from the five districts of Foni, participated at a three day workshop held in Sibanor, Foni Bintang Karanai. In his welcoming remark, the Governor of Western Region, Mr. Abdou Badgie welcomed GAMCOTRAP in Foni and said that they are happy that the organization is also engaging the Foni area towards the eradication of female genital mutilation - FGM. He reminded the Traditional birth Attendants the important role they play in promoting maternal and child health in particular. Speaking to the circumcisers, the governor noted that despite the fact that FGM is a deep rooted tradition, health is a basic human right to be protected by all. Making reference to the content of the programme, Governor Badjie noted the importance of the issues for discussion based on facts and reiterated the need to stop harmful traditional practices. He appealed to participants to reflect on the economic dimension of celebration of initiation ceremonies in the midst of increased poverty. Governor Badgie added that, eradication of poverty will be difficult while there are extravagance in lifestyles. He posited that with good health, there can be good economic productivity and appreciated the solidarity among women. Mr. Abdou Badgie commended GAMCOTRAP as an important organization on women and children's health rights in the .

Chairing the opening ceremony. the Executive Director of GAMCOTRAP Dr. Isatou Touray, informed the gathering that this is the first project specifically for Foni and was developed with women's participation and with support from Forum Syd through NIYO, a Swedish based organization. Dr. Touray noted that if the pilot year of the project is successful, there is possibility to extend it for multiple years.

Speaking at the opening, the Chief of the Bintang Karanai district, Chief Mustapha Camara expressed delight to witness the opening and was aware that the initiative is to establish women's health. He reminded participants that the focus of the meeting is on culture and that research has revealed FGM as harmful and should be stopped. He said the President of the republic relies on the women for development and that they should use the opportunity to discuss the issues during the three days. Alkalo Sarjo  ,Ceesay of Sibanor also welcomed GAMCOTRAP and called on the participants to act on the knowledge gathered during the training.

At the end of the training, participants expressed their commitment to stop FGM, and called on GAMCOTRAP to advocate for FGM to be included in the school curriculum. They appealed to government to put in place laws against FGM and promised to report back to their Alkalolu and conduct meetings with young mothers of the child bearing age.

The Community Health Nurse in Sibanor, Yaya Jallow appreciated the training and pledged to give support to the Community Based Facilitators to organized village based meetings to share the information they gathered during the workshop. He reminded the Traditional Birth Attendants that they should play their role to stop FGM by talking to mothers at delivery.

Women's leader, Nano Touray of Sibanor, thanked the participants for the good turnout, and called on Foni to be part of the campaign and take the lead in the fight against FGM.

Meanwhile, over three hundred participants from Kulari, Garawol and Tinkinjo villages in the Upper River Region participated in a series of training workshops on sexual and reproductive health organized by GAMCOTRAP and supported by FOKUS through the NKFT in .

One of the resource persons, Oustass Muhamadou Sanuwo, focused on making clarifications on the misconception that FGM is not a religious injunction. The Imam of Kulari, Musa Touray also blessed the gathering and said it was through discussions and educating people that Islam was spread and that everyone is seeking to have good health and was happy that the workshop took place to enlighten them.

At Garawol in URR, Imam Alhajie Abdoulie Conteh welcomed GAMCOTRAP and noted that it takes time to eradicate deep-rooted practices like FGM, however, he prayed that the truth be established. He used the occasion to call on parents to take up their responsibility to address causes of teenage pregnancy.

Having been exposed to the various issues around FGM, from the point of view of tradition, religion, health and the rights of women and children, the participants reached consensus that FGM should stop and their village circumcisers, Sarjo Damba of Kulari, Hatou Kanteh and Bai Kanteh of Garawol and Haja Mabintou Bahaga of Tinkinjo publicly declared to their communities that they would never practice FGM again. They all believed they were doing it to get blessing but did not realised how much harm it caused women and girls. They were supported by mothers, fathers and some of their community leaders at their various gatherings to protect girls from FGM and to promote the reproductive health of women in adult life. The Chief of Kantora Alhajie Bachu Ceesay and Basori Orammeh hosted the Garawol and Tinkinjo workshops respectively. 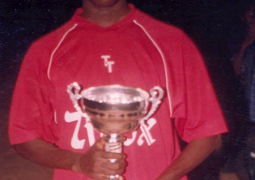