The has made and continues to make a huge impact in football at the youth category, and the achievements registered by the U-17 team and the U-20 team in recent years is a clear indication of the fact that numerous successes have been achieved.

The U-17 team, called the Baby Scorpions continues to pose the biggest threat for a host of other big footballing nations, including the world’s power house of football. Indeed, they undeniably remained the most successful national team The Gambia has ever produced so far, with two continental accolades to its name, among other international titles.

The famous Baby Scorpions wrote one of the biggest histories in the country's football by lifting its first-ever African U-17 cadet championship title, after they enjoyed a historic 1-nil win over to celebrate what appeared to be the team’s first continental glory in in 2005.

They went on to add another championship title to their names with a historic 3-1 win over host Algeria in Algiers, four years later to the delight of the entire footballing nation.

The team has since their spectacular performances in and , respectively, earned the admiration of some football pundits, including the scouts.

This eventually paved the way for players like Ousman Jallow, Sanna and Sainey Nyassi, Abdoulie Mansally, Ebrima Sohna, among others, for moves to various European or clubs in the process.

In 2007, the Baby Scorpions wrote what many called the biggest history in Gambian football by beating in the 2007 world championship held in .

The U-20 team, on the other hand, represented The Gambia in a series of international championships, such as in 2005, in 2009, which was something to be proud of, even though they could not achieve any championship glory.

The team under the tutelage of former Coach Peter Bonu Johnson, who registered numerous successes with the Baby Scorpions, it would be recalled, made The Gambia’s football fraternity proud after putting in a brilliant performance in their first appearance in the World U-20 Youth Championship in , in 2007.

They are on course to replicate similar successes, after they booked their place recently in the final round of the ongoing African U-20 Orange qualifiers, by eliminating 4-1 on aggregate under the stewardship of local coach Lamin Sarr. 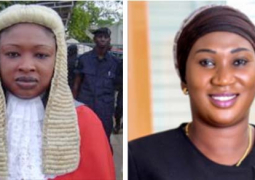 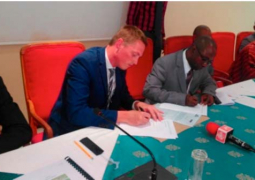 OPINION: Russia - Africa Summit: What it means for The Gambia