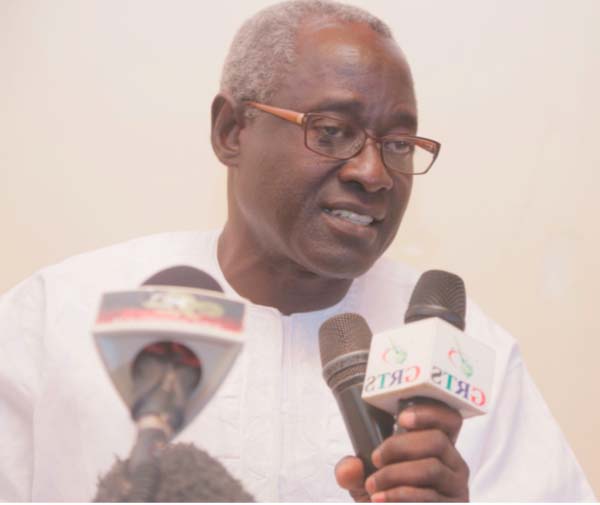 The National Assembly Member for Serrekunda Constituency Hon: Halifa Sallah has said that the current debt of the country is over 100.2% of the gross domestic product (GDP) and the GDP is over D47b and it is very clear that this year the budget provides for D14.3b revenue, D19b expenditure. This means the country is running a deficit of D4.7b and the international community will not accept that this will be solved by domestic buying.

Hon: Sallah made this remarks on Tuesday during the adjournment debate on the selection of committees at the National Assembly.

“We are dealing with a crisis and National Assembly Members should be conscious of that. Section 1 of the constitution states that Gambia is a sovereign secular republic but is not yet secular republic and somebody has to challenge that in the Supreme Court,” he said.

He added that it is important to come up with term limits and emphasized the necessity of security of tenure for judges and the Independent Electoral Commission (IEC).

Hon: Sallah stressed the challenges rural settlements are facing and also other villages within Kombos. “This challenge must be addressed by the executives linking to the councils and National Assembly,” he said.

“GIEPA what is it role? We were told that FASDEP has contributed $28M, GCAG $19M, NEMA $84M all these monies went into agriculture. We need to invest and the issue of accountability and transparency will be paramount. National Assembly Members will be held accountable so that we can deliver services to our people,” he stated.

The Minister of Finance and Economic Affairs Amadou Sanneh earlier this year said that Yahya Jammeh and his APRC Government left Gambia with monstrous debts of D48.3 billion.

The National Assembly adjourned to sine and die on Tuesday.