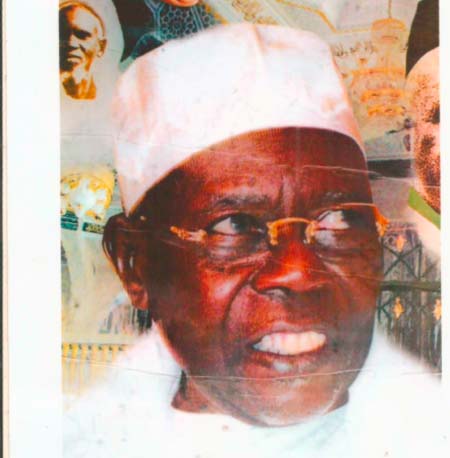 The eldest son of Alagie Malick Sey is Seedy Ahmed Sey. He died before his time to be calipha. I 1916 on the 12th October, Seedy Ahmed Sey was taken to the world War by the French Colonizers, who come to Africa in search of soldiers.

When they arrived in Senegal, Tivaoune, Alhagi Malick Sey told them that the talibes were under his care for their koranic education, so he gave them his own son, Seedy Ahmed, has was there until 16th October 1917. He died at the age of 36years there. He was born in St. Louis in 1881, his mother’s name was Sohna Rohiya Njie.

The sons of Alhagi Malick Sey are:

After the death of Serigne Babacarr Sey, Alhagie Abdoul Aziz Dabakh Sey become the second Calipha. The third Calipha after Serigne Abdul Aziz Sey Dabakh was Serigne Mansour Sey, the grandson of Alhagie Malick Sey. Then came Serigne Cheikh Tijan Sey Al-Maktoum who is also a grandson. The eldest is always the Calipha.

Alhagie Malick Sey did his education in Senegal, all his children too were educated in Senegal by him. There are people who are educated by Allah because they fear Him. Started in Quran in Sura Baqara V. 282.” So fear Allah, for it is Allah that teaches you and Allah is well acquainted with all things.”

Some are created by Allah, educated and disciplined by him. The Almighty Allah prepares them to teach the world on how to follow Allah. They represent the prophet SAW on earth. Allah praised them in Sura Ahzab V. 23-24.” Among the Believers are men who have been true to their covenant with Allah: of them some have died and some (still) wait: But they have never changed (their determination) in the least.

That Allah may regard the men of truth for their truth, and punish the hypocrites if that be His will, or turn to them in mercy: for Allah is oft-forgiving most merciful.

That Allah may reward the men of truth for their truth and punish of none effect and that is easy for Allah:”

Sura Nur V.37-38 states:’’ By men whom neither trade nor sale can divert from the remembrance of Allah, nor from regular prayer, nor from paying Zakat.  Their (only?) fear is for the Day when hearts and eyes will be turned about.

That Allah may reward them. According to the best their deeds, and add even more for them out of His Grace. For Allah doth provide for those whom He will, without measure”

We are praying for the present Calipha Serigne Abdul Aziz Sey al- Amin for this great responsibility with our full support. Serigne Mbaye Sey Mansour is now the spokesperson of the Calipha General of Tijania.

The Quran states in Sura fat-h v.10 that “verily those who plight their fealty to three plight. Their fealty in truth to Allah: Then anyone who violates his oath, does so to the harm of his own soul, and anyone who fulfils what he has covenanted with Allah, - Allah will soon grant him a great reward.”

The Calipha Serigne Abdul Aziz Sey is sending his gratitude to President Adama Barrow through the delegation that was sent to Tivaoune, to offer condolences on the demise of Calipha Serigne Cheikh Tijan Sey Al-Maktoum.

By Imam Tafsir Gaye, Representative of Calipha General of Tivaoune in The Gambia