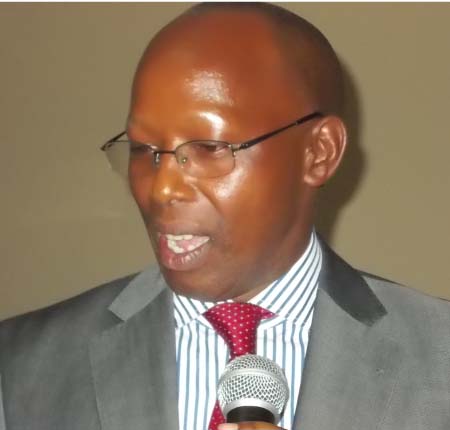 The Gambian economy requires strong corrective actions and comprehensive reforms to neutralise its current challenges and set it on a path to sustainable higher growth rate, the International Monetary Fund has said in a report.

The IMF Country Report on The Gambia, which x-rayed the country’s economy based on different indicators, states that “extended period of poor economic performance has left The Gambia facing serious economic difficulties”.

The report noted that the government’s public debt had risen to 100 per cent of the country’s total gross domestic product (GDP) by end-2014.

The continuous domestic borrowing by government has almost drained the banks of the needed resources to extend credit to the private sector for development purposes.

However, the IMF pointed out that The Gambia government’s heavy borrowing is not only for use by the central government but also its loss-making public institutions like the national electricity and water provider, Nawec, and the national telecommunications giants, Gamtel and Gamcel.

The budget support disbursements that were withheld by multilateral institutions and “some other factors” also contributed to pushing up the government’s net domestic borrowing, according to the IMF.

At the moment, not only did the commercial banks have little resources to give credit to the private sector, they “have very limited resources to meet the government’s financing needs,” the IMF country report said.

The rationale behind this is that “the Central Bank of The Gambia (CBG) has maintained reserve requirements at elevated levels, while increasing the policy rate to 22 per cent”.

The IMF report stated that The Gambia’s real GDP is now estimated to have declined by ¼ per cent in 2014 due to the lost tourism receipts and crops.

“With tourism receipts continuing to be negatively affected [by the Ebola outbreak in the sub-region] in the first part of 2015, even under the best-case scenario, the 2015 recovery will be dampened,” the report says.

However, if the regional Ebola outbreak is brought under control by the third quarter of 2015, Gambia’s real GDP is expected to grow by about 5 per cent in 2015 driven by the recovery of agriculture.

Even though neighbouring countries are also reporting a substantial impact on their tourism sectors due to the Ebola outbreak, the impact on The Gambia’s is more severe since tourism provides a much larger contribution to the country’s foreign exchange earnings.

The IMF report pointed out that due to the slump in tourism and fiscal slippages, at end-2014 the level of Gambia’s gross international reserves declined to 4 months of import cover.

The reduction of the reserves indicates that government’s ability to pay for imports and service debts to foreign creditors has reduced and it makes the country more volatile to external shocks.

The report on The Gambia also noted that the annual inflation rate picked up from 5.5 per cent until August to 7 per cent by January 2015 due to the exchange rate depreciation and the food supply shock.

“Addressing these problems will require strong policy adjustment and significant levels of external assistance,” the report said, adding:“In the absence of strong corrective actions by the authorities, The Gambia would risk undergoing a forced adjustment.”

The IMF said that since half of the government’s debt is from domestic sources, interest payments accounts for more than one third of the country’s revenue in 2015.

The institution warned that in the absence of corrective actions, it is projected that the domestic borrowing in 2015 would crowd out completely room for private credit, the public debt to GDP ratio would edge up further to 105 per cent by year-end, and the gross reserves’ import coverage would decline to about 3¼ months.

“These developments would escalate substantially the rollover risks of domestic public debt and push it onto an unsustainable path, increasing significantly the risk of a loss of confidence in the currency as international reserves fall to an uncomfortable level, and potentially triggering a banking crisis given the elevated level of commercial banks’ exposure to government debt,” the IMF said.

“Such a scenario would have long lasting economic repercussions and drastic corrective policies would be required to address such problems.” 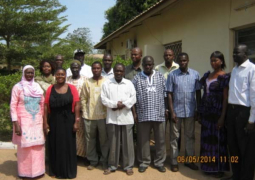