In a recent tour of the Basse and Bansang regions, the farthest from the Gambia, we were impressed by the deep friendship and cooperation that reign among the health workers of this West African nation, and their colleagues in the Cuban Medical Brigade (BMC), who together provide health care to around 850 thousand inhabitants.

In the main hospitals of both cities, doctors and technical personnel of the two countries join hands with tenderness and altruism to heal and save lives, amid the known material difficulties faced by the so-called Third World states.

Both in Basse and in Bansang we had the opportunity to talk with the directors of the respective assistance centers, who reiterated again and again their gratitude to the Cuban government and people for the solidarity assistance they have received in the field of health for more than 20 years.

They told us that the members of the BMC who work in these regions are very dear to all residents, for their human values and their always willingness, at any time of day or night to care for a patient, as is the case at the same time. along this grateful African land.

We found in Basse a young Gambian, Modou Alieu Jallow, a medical graduate in Venezuela by Cuban professors and that sister Latin American nation, who moved with his words of recognition to his teachers.

Among the doctors of the Greater Antilles, he passes as one more for his physical characteristics, his humor, and his professionalism, according to his Caribbean colleagues.

His compatriots call him the Gambian-Cuban because he speaks Spanish perfectly, which makes him feel very happy and takes pride in it.

The extensive tour of Basse and Bansang, about 700 kilometers by road between and from Banjul, was worth it because we see, as almost every day, how much affection and affection persist among our brotherly peoples.

We traveled to those regions a few hours before February 14, Friendship and Love Day, and we saw how much of it there is and will be eternally between the two nations.

We are united by blood, cultural ties, history, but above all things there is ample mutual solidarity.

When Gambia celebrates on February 18 the 55th anniversary of its Independence, we Cubans will join that historic celebration, and our greatest congratulation will be: we will always be united and continue to be supportive.

(*) Ambassador of Cuba in the Gambia 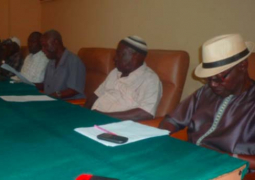 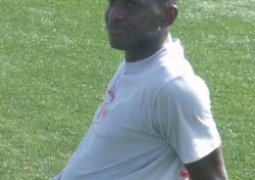