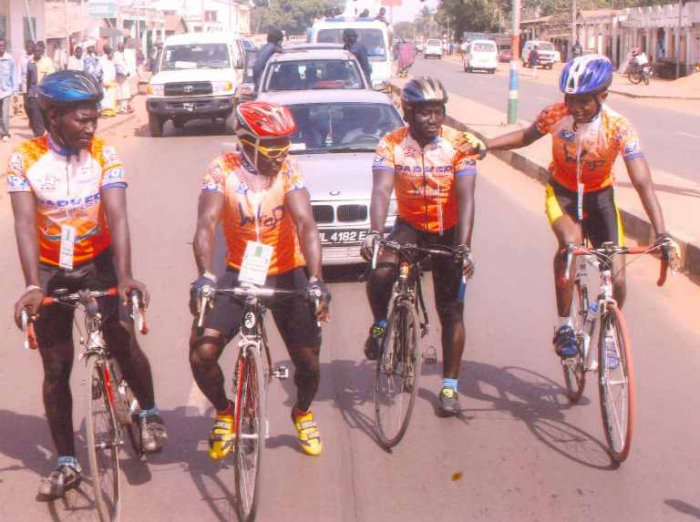 Six Cyclists of the Gambia Cycling Association on Thursday arrived in the Senegalese capital Dakar to take part in the International Grand Prize Cycling Competition.

The nine-day competition, also known as Ture de Senegal, will bring together 31 countries from across the world of which 20 including The Gambia are from Africa.

The Gambian delegation, according to the public relations officer of the Gambia Cyclists Association (GCA), Edrisa Sah, is headed by the association’s secretary-general Modou Demba.

Edrisa Sah used the opportunity to thank Trust Bank Limited for financing the association’s trip to Dakar and also commended Elton Oil Company for its support to the team.

The Gambia, it would be recalled, was chosen to host the International Grand Prize Cycling competition but failed to meet its financial targets prompting the organisers to change the venue to Dakar last month.