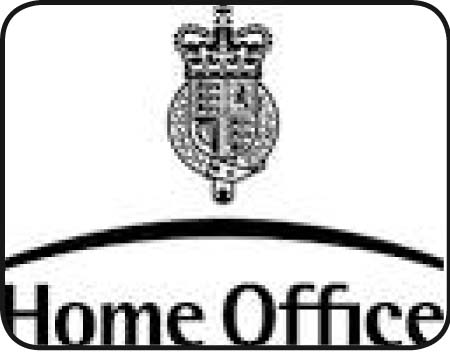 The Home Office is currently delighted, but Immigration lawyers are fuming, after the Home Office finally won a long pending judgment in connection with the income required before British citizens can sponsor a spouse’s visa to join them in the United Kingdom.

Meanwhile, The Point can confirm that a Gambian who had earlier made an application for his spouse to join him in the UK is among the applicants.

The Home Office figure known as the ‘minimum income threshold’, had delayed about 4000 applicants who had to wait for the judgment.

Those affected are dejected, but others vowed to fulfill the criteria and re-apply later.

Momodou (surname withheld for privacy purposes), a UK resident currently living in the West Midlands said: ‘I am affected by the ruling…My solicitor called and informed me that an application in favour of my wife may be refused or delayed further... I am truly devastated’.

Even though the contended ‘minimum income threshold’ was introduced in 2012 alongside other changes within the immigration rules, both lawyers and civil liberty campaigners have maintained that it was ‘too tough’.

Ever since, lawyers had argued that the amount involved was ‘unreasonable and irrational’, and decided to challenge the matter in court.

They further argued that it was not only ‘discriminatory’, but also ‘interfered’ with Article 8 of the Human Rights Act. The Act mainly focuses to the right to a private and family life.

During that time, the High Court ruled in their favour and further described it as ‘unjustifiable’. However, the government was adamant and quickly lodged an appeal thus leading to such applications to be on hold, waiting for a final decision.

Momodou was among those waiting.

The Court of Appeal has now delivered a judgment in favour of the government, describing the government’s policy as ‘lawful’; thus giving a blow to any chance for the ‘unqualified applicants’.

The government is now cheerful.

The Immigration and Security Minister, who has been in the forefront, has said he was ‘delighted’.

But human rights lawyers, civil liberty campaigners and other migrant groups have described the decision as ‘devastating’.

Some prominent and respected members of Parliament and other government officials supporting those affected, have insisted that despite the judgment, ‘it is not the end of the story’, and vowed to further pursue the government regarding the matter.

Adding weight to their concerns, the chairman of the All-Party Parliamentary Group on Migration, Paul Blomfield MP, described the judgment as ‘disappointing’.

According to the now recognised rules, British citizens, residents or those with refugee status should earn £18,600 a year to sponsor their non EU spouse visas.

Also it requires £22,400 for families with a child and a further £2,400 for each extra child, for an application to be considered.

Whatever the case, the government has won a landmark decision and its supporters claimed that the Home Office argument was more ‘proficient and realistic’, and that the judges discovered the ‘importance of public interest it serves’.

This correspondent has also gathered that from the 28 of July, all the applicants involved will now receive a decision. Momodou will be one of them.

Consequently, despite all efforts, those who cannot fulfill the ‘minimum income threshold’, unfortunately, will now have to wait much longer for their loved ones to join them in the UK.