The Gambia National Women U-17 team will host their counterparts from on Sunday 22 January 2012 at the Independence Stadium in Bakau, Pointsports has gathered.

The match will serve as a qualification process for the country’s women team ahead of the FIFA U-17 Women’s World Cup finals due to take place in later this year.

The GFA through its media officer Bakary B. Baldeh yesterday issued a press release to all media houses on The Gambia’s participation in this qualifier in a week’s time.

The full text of the release reads: The Gambia National Women U-17 team will host their counterparts from on Sunday January 22nd 2012 at the Independence Stadium in the 1st leg Qualifiers for the FIFA U-17 Women World Cup to be staged in , 2012.

The registered the National U-17 Women team in the competition as part of the GFA’s drive to put women football as a top most priority in its activities and as a result of the encouraging results registered by the female cadets during friendly international matches played in the Senegalese capital last year.

Ticket prices are pegged at D50 for Covered Pavilion, D25 for Uncovered and D300:00 for the VIP pavilion.

To be part of a history-making event, the GFA urges all Gambians to take a trip to the Independence Stadium on Sunday, 22nd January, 2012 at 4:30pm to watch ’s first international match in the New Year 2012.

Thank you for your usual cooperation and understanding and please do accept my highest sporting regards. 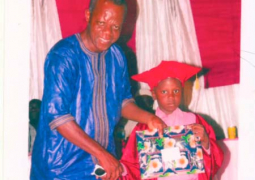