The Gambia U-17 team, Darling Scorpions will face their Senegalese counterparts in an international friendly tomorrow Saturday July 25th 2009, at the Independence Stadium in Bakau.

The African champions who went to camp on Wednesday July 22nd will use the game as part of preparations ahead of the African U-17 World Cup in in October.

The Senegalese side was said to have arrived yesterday afternoon and are currently lodged at the Palm Beach Hotel in Kololi.

The test match is meant to test U-17 team Coach Tarik Siagy's new list of players before the competition.

"We need to start solving our problems before the championship. We want the players to realise that this is not a competition with , but to test the players that were not part of the CAF championship to prepare them for the world cup", the GFA supremo stated.

The return leg will be played on August 15 in .

"We are also expecting to stage a test game with the Nigeria U-17 team, either home or away", Seedy revealed. 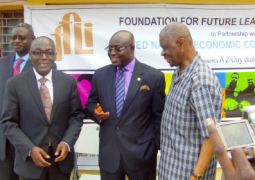