Gambia senior national team; the Scorpions will play away to the panthers of Gabon in Franceville City on March 26 when the Africa Cup of Nations, Cameroon 2021qualifiers  returns in the coming weeks.

Following the release of a provisional list of 35 players at the beginning of the week, coach Saintfiet disclosed that the squad list would be trimmed down to 23 in two weeks time.

According to Saintfiet, the Scorpions will fly out to Gabon on the 23 March with the first training session to be held a day after arrival in Franceville.

“The team will arrive late on Monday but will train on Tuesday 24 and Wednesday 2”, Saintfiet noted.

The match is scheduled to take place at the Stade De-La Renovation in Franceville City on Thursday 26 March at 20:00hrs 7pm in Banjul.

Franceville is one of the four largest cities in Gabon, with a population of around 110,568 people.

It lies on the River Mpassa and at the end of the Trans-Gabon Railway and the N3 road.

According to the Belgian tactician, Scorpions will return to Banjul on 27 March for the second-leg on Monday 30 March, at the Independence Stadium in Bakau at 16:30hrs.

Gambia is currently leading group D of the qualifiers with 4 points joint with Gabon but on a better goal difference +2.

DR Congo and Angola are trailing on 3rd and 4th with the latter on zero point. 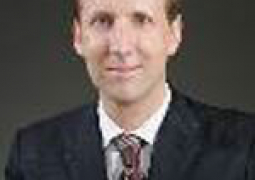 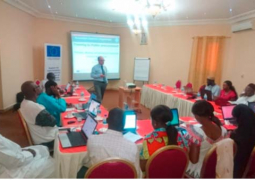