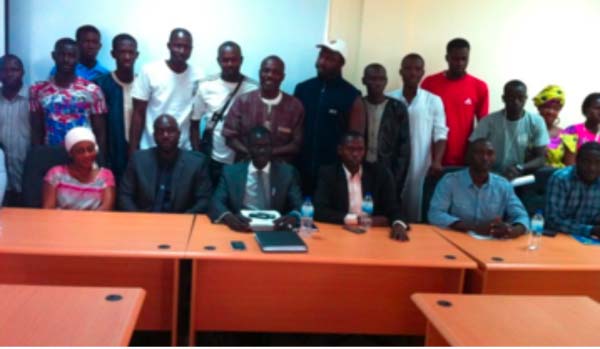 The Gambia Swimming and Aquatic Sports Association delegates (GSASA) on Saturday 04th April 2015 ushered in a new Executive Committee for 2015-2019 at the Faculty of Law of the University of The Gambia. This elected committee will stir the affairs of the swimming association for the coming four years.

Giving the activity report for 2011-2015, the secretary general, Yorro Njie, gave a brief history of the association founded on 19 February 2011, under the first leadership of Yahya Al Matarr Jobe, and stated that despite it being a young body, it has recorded tremendous achievements both at national and international events during their four-year term of office.

They qualified to take part in 17th FINA World Swimming Championship in Kazan in 2015. This among other championships will serve as Olympic qualifiers for the athletes.

They have been faced with a lot of challenges, he reported, adding that they also intend to work with regional sports chairmen across the length and breadth of the country.

He read the calendar for 2015-2016, which was later adopted by the congress alongside the activity report.

The congress approved the proposal for a constitutional amendment by the outgoing Executive Committee, which was unanimously agreed upon.

Mr. Sanneh’s financial report and 2015-2016 budget were all adopted, and approved by the congress without reservation.

Amadou Danso the 1st vice-president of the GSASA, described swimming as not just a sport, but a life-saving sport. He spoke on behalf of the president-elect, Khadija Njie Sanusi, who was sick on the day of the election. Mrs. Njie Sanusi once served as the 1st vice president in 2011 and later bounced back.

He said they accept the responsibilities bestowed on them not because of monetary gain or any prospective opportunities, but for the passion they have for the sport. He promised that they would do their best to take the association to another level, and also ensure the Gambian swimmers participate in the forthcoming Olympics 2016 in Rio, Brazil. This they cannot do without the participation of the NOC, NSC and all the relevant stake holders concern, he added.

Muhammed Janneh, the administrative officer of the GNOC said he was impressedby the achievements of the association over the past years,and advised that they regularize their pending status with the NOC. He as well advised that they should adhere to good conduct and international standards governing sports.

Namory Trawally, a sports journalist, hailed the association for coming this far, and called on new bureau members to push hard.

The newly-elected Executive Members are:

Secretary General- Yorro Njie, the founding father, elected to the same position for a second term

The former president, Pa Alieu Jallow, who has been serving since 10 November 2013 withdrew his candidature, two days before the election, which gave Khadija Njie Sanusi an edge to be elected unopposed.

Certificates and plaques were awarded to the team that participated in the 12th FINA World Swimming Championship in Doha, Qatar, in November 2014 by the DOHA Organizing Committee.

Arfang Y. Jobe, the technical director, gave out the votes of thanks, followed by a group photo of the new executive committee members and delegates. 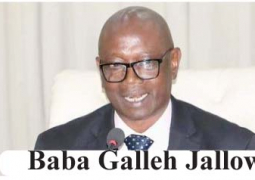