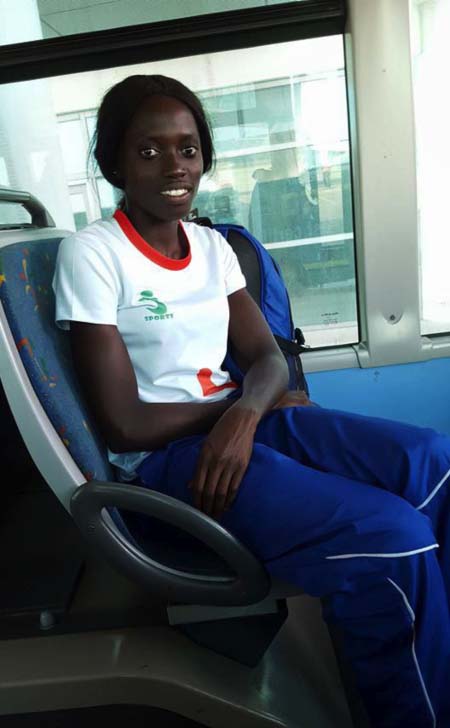 Female sprinter Miss Gina Bass has been chosen as The Gambia’s flag bearer for the opening ceremony of the Olympic Games in Rio.

The 21-year-old will become the first female to carry the flag for The Gambia.

Miss Gina Bass is the only female competitors in The Gambia’s Olympic team of 4 for Rio 2016 and is due to compete in the 200m.

She will be the first female athlete to represent The Gambia in the Olympic Games with standard qualification.

The Rio 2016 opening ceremony is due to take place at the Maracanã Stadium today 5 August.

At the age of 21, Miss Gina Bass will be taking part in her first Olympic Games in Rio. She made her first major international appearance only in 2011 at the World Youth Championship in Lille, France, but has already achieved a historic record, becoming the first Gambia female athlete to break two national records and qualify to the Olympic Games.

The young athlete impressed all in French Guyana in June as she set a new national record of 23.14 seconds in the 200 meter race and became the first Gambian female athlete to qualify for the Olympic Games after bagging her ticket to the 2016 Olympic Games in Rio, Brazil.

She is the second Gambian athlete in history to clock the qualification standard for a summer Olympic Games, after Suwaibou Sanneh made it to the last Olympic Games in London 2012 in the 100m.

The athletics competition begins on 12 August 2016.

West Side suffer another setback in Banjul Nawettan

Golf to be suspended unless...