The Gambia National U-17 team's hope of defending their African U-17 Championship title is hanging in the balance, as they began the qualifiers with a 1-nil defeat in the hands of their Moroccan counterparts in the first-leg of the qualifying campaign in Rabat on Saturday night.

The seemingly inexperience Gambian team who traveled to Morocco on Wednesday morning were punished for some sloppy defensive display when Captain Annas slot home a clever close-range effort ten minutes into the second period to help his team celebrate the only goal of the game in a stunning fashion, to the delight of a teaming number of Moroccan supporters.

The two times African U-17 champions could have leveled the score, but they were denied by some terrible finishing, including three grea ones missed by Yusupha Njie, the son of former Gambian legendary Biri Biri and substitute Buba Jallow (Melez), who have been a consistent goal scorer for the Baby Scorpions.

Despite the team's continuous struggle in terms of ball control and some accurate passes, the Gambian side could have snatched what could have been a famous victory for the young lads, but their efforts of overturning a 1-nil deficit were not good enough to earn them a happy moment.

The defeat for the defending champions means they will face an uphill task in trying to overturn the 1-nil disadvantage, as they prepared to host Morocco in the second-leg of the qualifiers in Banjul, in a fortnight time.

The team will leave Casablanca on Tuesday night and arrive in Banjul in the early hours of Wednesday morning. 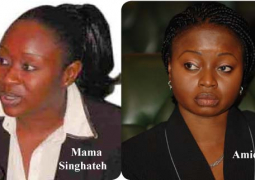 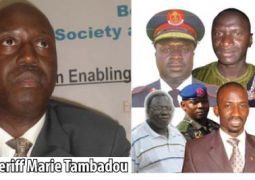