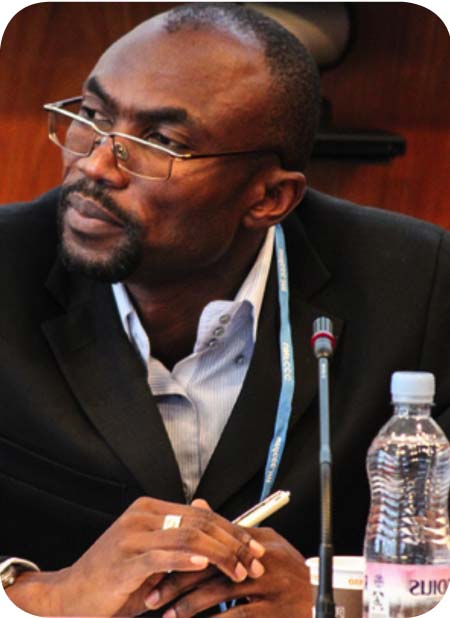 Pa Ousman Jarju, Minister of Environment, Climate Change, Water and Wildlife, has said The Gambia has made positive strides in the achievement of the Hyogo Framework for Action (HFA) priorities.

However, the country also faces various challenges such as inadequate waste management facilities and unplanned settlements leading to poor drainage systems, he said.

According to the minister, The Gambia identifies itself with the ideals and objectives of the third World Conference on DRR.

During the past three decades, he noted, “The Gambia has experienced” frequent occurrence of disaster events, both natural and anthropogenic.

The country is particularly susceptible to disaster induced by weather-related hazards such as drought, windstorms, flood and sea-level rise, he added.

According to Jarju, the negative socio-economic impact of these disasters could be far-reaching, and negatively impact the achievements of the country and her overall development goals.

Consequently, he continued, The Gambia’s development blueprints, the Vision 2020 and the Programme for Accelerated Growth and Employment (PAGE) 2012-2015, recognised the country’s vulnerability to disaster as a major and constant threat to the achievement of the Millennium Development Goals and the post-2015 International Development Agenda.

For these reasons, he added, DRR is an integral objective of environmental-related policies, among others, in The Gambia.

Cognizant of this, provisions to regulate the management of environmental disasters are included in the National Environmental Disaster Management Act (NEMA), he said.

A National Disaster Management Governing Council was established at the highest political level and is chaired by the President, he told the conference delegates.

“This council includes sector ministries, the private sector and non-state actors to spearhead all DRR activities at national level.”

According to Minister Jarju, the Gambia government established the National Disaster Management Agency (NDMA) as an autonomous institution under the direct supervision of the President and the governing council.

The National Disaster Management Policy and Strategic Action Plan complement the Act that established the NDMA, he added.

“This shows the highest level of commitment from government on matters relating to disaster management programmes in the country’s policies, and the government would continue to accord the highest priority to the implementation of the Hyogo FRAMEWORK for Action,” he said.

Minister Jarju also stated that The Gambia has built the resilience of some communities on DRR and invested in human, financial and material support leading to increased capacity of the DRR tools, situational analysis report tools and data collection tools, which have been developed with support from donor partners.

“This has led to the establishment of an early warning system, and various contingency plans at national and regional levels based on these risk assessments,” he said.

Given the importance of agriculture to employment, income generation, and food security, “the Government of The Gambia has come up with Vision 2016 for food self-sufficiency” with strong emphasis on building resilience, he further stated.

However, he noted, “the agriculture sector is vulnerable to natural hazards with events of flash floods and droughts posing a significant risk to the livelihood of many Gambians”, as is the case for many vulnerable communities around the world.

Minister Jarju added that the implementation of the post-2015 framework on DRR would require more collaboration from the grassroots to the international level.

“This serves as a lubricant for the smooth implementation of the framework by all countries,” he said.

Concluding his presentation, Jarju stated: “As we approach the finishing line of the HYOGO framework for Action 1 and anticipating a new era and framework for DRR, The Gambia strongly reiterates the importance on international cooperation to support the means of implementation including finance, research and appropriate technology for LDCs [least developed countries] to effectively manage disaster risk.”

The Soldiers Are Coming Back Again