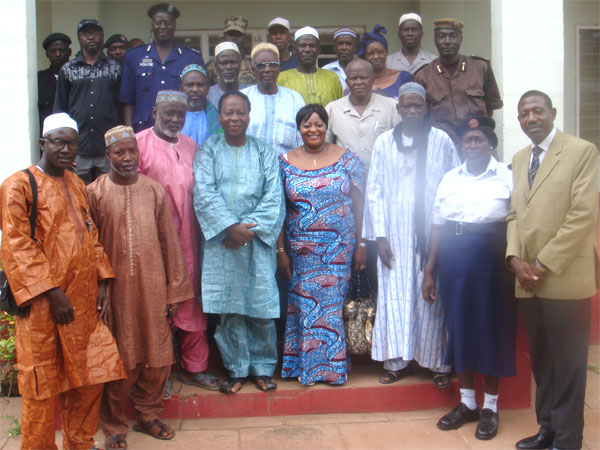 The Nigerian High Commissioner to The Gambia, Her Excellency Mrs Esther John Audu, has reaffirmed her commitment and faith in the existing bilateral relations between The Gambia and the Federal Republic of Nigeria.

Speaking recently in Basse during a courtesy call on Mr Omar Alpha Khan, the Governor of Upper River Region (URR), Mrs Audu declared, "The Gambia is my second home".

She observed that the bonds which unite The Gambia and Nigeria are deep and unbreakable. "Our bilateral co-operation includes agriculture, health, education and just name it. We are one people," she said.

"President Yahya Jammeh calls me his sister," she said, to rousing applause.

According to her, Africa remains the centre point of Nigeria's foreign policy. "President Umaru Yar'Adua loves African countries. But he has a special love for The Gambia," she said.

The Nigerian High Commissioner, who has served as Mayor of Abuja, the Federal Capital Territory of Nigeria; as a member of the Nigerian National Assembly as well as a council chairman, is currently on a familiarisation tour of The Gambia. Already, she has visited North Bank Region (NBR), Western Region (WR) and Central River Region (CRR).

The Nigeria diplomat had visited The Gambia in 2001 during the World Summit of Mayors. "Then I told my brother, President Jammeh, that I would come back again. Little did I know then that I was making a prophetic statement," she said.

He pointed out that Nigerians living in Upper River Region are law-abiding. "They don't give us problems," he said.

The National Assembly Member for Fulladu East, Honourable Momodou Salieu Bah, shared the same view and urged the Nigerian community in URR to work even harder to promote the image of Nigeria.

The Police Commissioner, Immigration Commissioner, Army Commander, Alkalolu, the Seyfolu, community leaders and councillors were all present during the courtesy call, which was held at the Governor's 'Bantaba'.

Mrs Audu had earlier stopped over in Janjanbureh and Bansang.

She was told that Nigerians in CRR are not law-breakers, as there was no case of any Nigerian who has broken the law there. "They just mind their business," the Police Commissioner Chief Superintendent Amadou Sabally said.

During the tour, she also visited the Nigeria Technical Aid Corps volunteers in Kaur, Bansang and Basse. In all the places where the volunteers are serving,

the consensus of opinion was that they were rendering invaluable services to the communities.

Moved by these testimonies, Mrs Audu then urged the volunteers to exert themselves even more so that they would always remain worthy ambassadors of the Federal Republic of Nigeria. 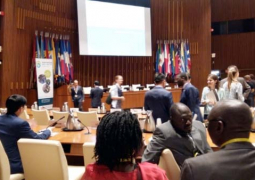