‘Gambia among 10 countries with greatest risk to be mother’

The Gambia is one of the ten countries in world with the highest and greatest risk to be a mother, despite improvements in children’s and maternal health, a report by Save the Children has said.

The ‘State of the World’s Mothers 2015: The Urban Disadvantage’ is a global index by Save the Children that ranks the best and worst places to be a mother.

The Gambia continues its descent in the global rankings slipping from 166 in 2014 to 174 in 2015, out of 179 countries surveyed.The Gambia only did better than few countries all of which are in civil or political unrest.

According to the annual report, The Gambia’s performance indicators in areas like maternal health, under-five mortality, women’s education, and income and political status are deemed to be responsible for its position in the ranking.

The report focuses primarily on health-related interventions and approaches that are known to have a significant impact on the health and survival of mothers and children.

More needs to be done

“We need to do more to make sure that all mothers and babies have a fair chance of survival and a happy, healthy life – no matter where they live,” said Carolyn Miles, president and CEO of Save the Children.

“Save the Children believes that a mother in Somalia, or frankly a mother in America, deserves the same opportunity to thrive as a mother in Norway.”

She said the 10 bottom-ranked countries are a reverse image of the top 10, and reflect political and economic instability, armed conflict and poor governance.

“Conditions for mothers and their children in the bottom countries are grim, as nations struggle to provide the basic infrastructure for the health and wellness of their citizens,” Save the Children CEO said.

“In these countries, on average, one woman in 30 dies from pregnancy-related causes, and one child in eight dies before his or her fifth birthday.”

Generally, Mrs Miles noted that in much of the world, more children than ever before are living to see their fifth birthday.

However, she acknowledged that these numbers mask a harrowing reality for mothers living in poverty, especially in cities, where more and more are choosing to raise their kids.

The Save the Children report identified the disparity in survival and health among rich and poor urban children around the world.

With more than half of the world’s population living in cities, failure to address the needs of the urban poor threatens to stall further progress in ending preventable child deaths, Save the Children’s CEO said. 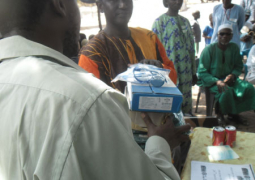