Sulayman Saidy a former freelance reporter with the Gambia News and Report magazine was yesterday arraigned at the Banjul Magistrates' Court charged with three criminal offences.

Mr. Saidy is charged with giving false information to a public servant; uttering false documents; and altering a birth certificate contrary to the Laws of The Gambia.

In applying for court bail, before Principal Magistrate Emmanuel Nkea, the accused said he is a responsible person with two wives and six children, whose daily needs he is taking care of.

"I will not abscond, I will be available anytime the court needs me to appear," Sulayman Saidy told the court.

The accused who pleaded not guilty was granted court bail in the sum of D100, 000 with one Gambian surety who must deposit his or her national identification card with the court. 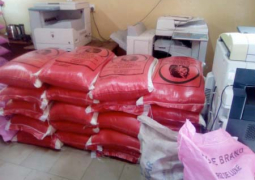