Mr Amadou Sanneh, former Accountant General, appeared before Principal Magistrate Buba Jawo of the Kanifing Magistrates' Court on June 9th to testify in a case involving one Musa Jarjue, who was charged with stealing by clerk and servant.

In his testimony, Mr. Sanneh told the court that he lived at Fajara 'F' Section and that he is an accountant by profession. He revealed that he has a private firm called A.A. Co. He stated that he knew the complainant who happened to be the Managing Director of Multi Trade Gambia Ltd. He further stated that he had cause to do work for the complainant who gave him an assignment to investigate possible fraud in his business. He adduced that he investigated the matter and made his findings based on documents made available to him at Multi Trade. He went on to say that based on these documents he discovered that between the period April 11th 2007 and 14th January 2008, an amount of D1,043,484.85 less D108,879 was paid in. He adduced that the net amount was D937,587.85.

He continued to say that the total of cheques found amounted to D54,479.00 while there was petty cash expenditure of D3,851.

The case was at that point adjourned for continuation. 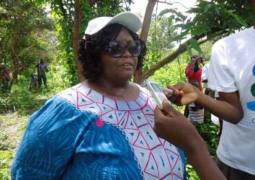