FGM, some people say, is as old as the human race itself. Some say it is a deep-rooted tradition that has been going on since the days of our ancestors. Others say it has been part of the lives of our grandparents, since the human race started.

Whatever the case maybe, the practice of Female Genital Mutilation in The Gambia still continues openly or behind closed doors with the womenfolk being at the forefront, while the men provide the resources and the household leadership backing.

A lot has been done to remedy the situation, since the health experts started saying that the practice has some health hazards to the reproductive health of women and girls.

This prompted and gave birth to various organizations and NGOs spearheading the fight against FGM. Various approaches have been made such as the dropping of the knife campaign, capacity building and awareness creation on the harmful effects of FGM.

A lot of funds have been pumped into the activism against FGM in the country.

The question is and has always been: “Why is FGM not breakable in The Gambia?”

A desk review on FGM in The Gambia first published in 2002 by the National Women’s Bureau Sub Committee rated the prevalence of FGM as widely practiced in The Gambia.

It is estimated that 60 per cent of Gambian girls and women undergo the practice of FGM.

These studies have also shown the role played by the “Ngangsinbaa” circumcisers in reinforcing the practice. It also shows that the circumcisers are elderly women with various backgrounds, including the “Numu”, Smith caste, Mandinka Karanke caste, Jahanke Nyamala caste and the Mandinka slave caste (Gamcotrap Annual Report 1999).

The desk review showed that FGM is deeply rooted in the cultural and traditional life of the Gambian population and cuts across ethnic lines, geographical boundaries, religious affiliation and educational and economic status.

In The Gambia, we have seen so many circumcisers coming forward saying they have dropped the knife and swore never to go back to it.

For the circumcisers who practice FGM, it is a matter of earning a living and they are well-respected in the communities and the villages they live in. They are celebrated because they know how to cut.

They do it because after the circumcision there is a big ceremony attach to it.

These are the words of a popular “Ngangsinbaa” whose hands are still very strong when it comes to cutting girls.

In September last year, the Bakoteh community took activists of FGM by surprise, when they embarked on a massive FGM celebration after cutting girls in that community.

When the activists were confronted at a press briefing, they said “Bakoteh was not part of the communities that dropped the knife”.

Is FGM practice in The Gambia Breakable?

We spoke to an old woman in Farato village, about why FGM is still being practiced even when activism against FGM is still at its peak.

She also said they have lived, stayed and even delivered (babies) in those communities safe and sound without any health consequences.

That is why when they return to those communities asking them to stop FGM, they see it as nothing but an insult.

“Who is deceiving who?” the old woman asked.

Going back to the report on the desk review on FGM in The Gambia, it stated that it is because our people believe that it brings “chastity and avoiding ‘shame’ ”.

FGM is believed to be associated with positive moral values (Barrow Baseline Report 1997). Chastity and modesty are required in women as a means of protecting them against bringing shame upon the family, by avoiding pre-marital sex or abstaining.

The desk review report also stated the “male and female attitudes and perceptions towards FGM.”

There are differences in male and female attitudes to and perceptions of FGM. When asked about their feelings towards FGM, 30 per cent of the female respondents, in one study (Singhateh 1985), said it was an important tradition that must be maintained. About 45 per cent also said they would circumcise their daughters.

Another study (Daffeh J et al 1999) indicated that many male respondents would not marry women who have not undergone the practice. While still another study found that, while male attitudes and perceptions have changed just a little among female adults, they have not changed significantly among male adults (Bafrow KAP 1995).

Skamstad (1985) blames the slow pace of progress in elimination on the divided nature of Gambian women; others attribute the varying attitudes to the “patriarchal” or “male-dominant” nature of Gambian society (Daffeh J et al. 1999). In such a society, women are socialised to respect whatever their men say or want.

Looking at 1999 up to date, the story is the opposite when it comes to the attitudes of men towards marrying women who did not undergo FGM.

Young people are now saying that they will prefer girls who did not undergo FGM to the ones that have undergone FGM, due to the awareness creation.

The procedure can result in death through severe bleeding leading to haemorrhagic shock, neurogenic shock as a result of pain and trauma, and overwhelming infection and septicaemia, according to Manfred Nowak, UN Special Rapporteur on Torture and other Cruel, Inhuman or Degrading Treatment or Punishment.

That being the case, FGM is and can be breakable in The Gambia through understanding, respect, determination, and a well approachable scheme that can persuade our elders to listen to the cry of the young and take the right decision in the best interest of all. 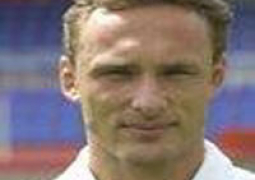