Members of FAWEGAM across the country last Friday celebrated Mother's Club Day, at the President International Award Scheme in Bakau.

Speaking at the ceremony, Mrs. Emily Foon, stated that the mother club was born many years ago, and it includes mothers in the drive to boost girls' enrolment.

According to her, since then significant gains have been made and today girls' education in The Gambia has increased at all levels.

For her part, the Public Relations Officer of FAWEGAM pointed out that they realised earlier that the involvement of many partners, including the children and mothers themselves, is significant in the whole exercise. She stated that mothers club is a voluntary association of women who are prepared to support the education of their children, especially the girl child.

The UNICEF Officer-in-charge, Dr. Meritxell Relano, in her contribution said the event is significant, because it would give them opportunities to have first hand knowledge about the good work being done by the mothers of this country.

According to her, for many years, girls have been faced with the problems of access to education. He noted that a major factor is the traditional belief that girls must stay at home and help with domestic work. 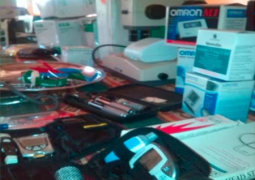