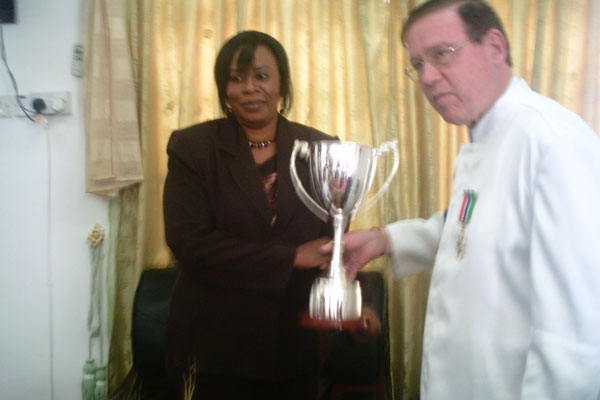 Father Joseph Gough last Wednesday presented a trophy to the Speaker of the National Assembly, Hon Fatoumata Jahumpa Ceesay, in honor of her father at the Speaker's office in Banjul.

Speaking at the presentation ceremony, Father Gough said the main purpose of his visit to the Speaker was to present a trophy to the Speaker's late father Ibrahima  Garba Jahumpa who has  contributed immensely towards the development in the country noting that during his time as principal of Saint Augustine's High School he has had a very good relationship with the Jahumpa family.

In receiving the trophy the Speaker of the National assembly Hon Fatoumata Jahumpa Ceesay thanked father Gough for presenting a trophy to her late father.