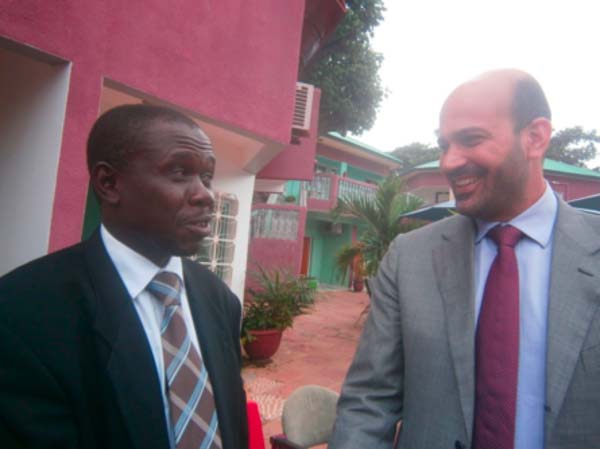 The Deputy Minister of Agriculture, Ousman Jammeh, Tuesday presided over the launching of the farmer digitalization and farm registry project.

The launching, coordinated under the Planning Service Unit of Department of Agriculture, was held at the Baobab Hotel.

He said The Gambia recognised that statistics play a vital role in poverty reduction and world development, adding that the power of statistics is recognised in its use, which spans the design and implementation stages of the country’s policy frameworks, such as the PAGE.

The Gambia also appreciates the fact that reliable statistics describes the reality of people’s everyday lives, he said, adding: “This picture of society tells where the poor are, why they are poor and what their lives are like.

“This information provides the evidence required to develop and monitor effective development policies,” he noted.

Consequently, he added, the Gambia government has also put up strategies in place to combat food insecurity through the implementation of the GNAIP.

According to the deputy minister, enabling government agencies to solve challenges such as food insecurity, food distribution and the overall enhancement of farmer efficiency in The Gambia has become increasingly important to the empowerment of farmers with comprehensive innovative technology, strategies and infrastructure.

Greater use of technology, specifically geospatial analysis, would unlock the potentials of the Gambia agriculture sector and reinforce monitoring and timely interventions, he stated.

He said increasing public access to officials and other statistics across Africa, and simultaneously supporting African countries improve data quality, management, and dissemination, adding that the African Development Bank had launched the African information Highway Initiative in November 2012.

The AFDB is, therefore, piloting the implementation of the farmer digitalisation and farm registry project in The Gambia which marks the launching, he added.

“This project will provide a sophisticated information technology platform to generate digitalised agricultural maps and implement registries for farm and farming in The Gambia, which is a laudable and timely initiative,” said Minister Jammeh.

The provision of credible agricultural statistics was one of the key issues raised by the Gambian leader at the recently-concluded Cabinet retreat in Kanilai, he said.

Ministry of Agriculture would do everything in its power to make the implementation of this project a success, he said, noting that The Gambia has been selected as one of the 5 pilot countries benefiting from the support of the Bank to implement this initiative.

He encouraged the planning service unit of the department of Agriculture and all other stakeholders of the farmer digitalisation and farm registry project, to endeavour to involve those who matter in the business of data collection, processing, analysis and information dissemination.

He thanked the African Development Bank, a long standing partner in agricultural development in The Gambia, through the project coordinator of the African Information Highway.

Mahjoubi RAFIK, project coordinator of the African Information Highway at the African Development Bank, commended the Gambia government as the country had been selected as one of the 5 pilot countries in Africa to implement the project.

He said significant progress had been already made thanks to the active role played by the Gambian Ministry of Agriculture and their commitment to the initiative.

The FDFR project would provide a sophisticated Information technology platform to generate digitalised agricultural maps and implement registries for farms and farming.

Such a platform would also include the process of extracting real-time information for planning and other decision-making through advanced business intelligence and business analytic tools.