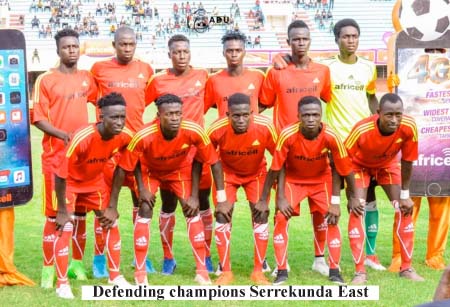 The North Bank Region boys held East boys to a goalless draw in the group A tie, played at the Serrekunda East Mini Stadium on Tuesday.

Serrekunda East, who beat Bakau 1-0 in the opening match played at the Independence Stadium in Bakau, came all out to grab the vital three points to maintain their hundred percent record in the tournament but the match ended goalless.

They are leading group A with 4 points in two group matches and Farafenni are second with 1 point after one group match.

Bakau and Farato, Busumbala and Yundum (FABY) are both with zero point each after slipping to Serrekunda East and Kombo Central Two in their opening group matches.

Brufut beat Sanyang on the same score line at the Box Bar Mini Stadium in Brikama while Banjul drew 1-1 with Barra, Essau and Mayamba (BEM) at the Serrekunda West Mini Stadium.