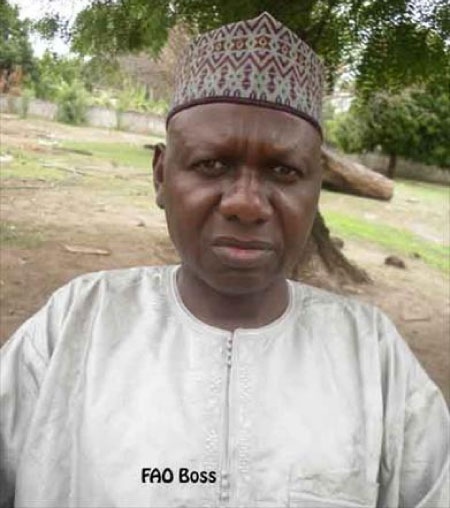 Food and Agriculture Organisation of the United Nations (FAO) and the Arab-Gambia Islamic Bank (AGIB) on Thursday signed a Memorandum of Understanding (MOU) to formalize partnership and collaboration between the two organizations at a ceremony held at the FAO Country Office in Fajara.

Speaking at the ceremony, Dr Babagana Ahmadu, FAO Country Representative in The Gambia, began by thanking everybody for answering to their call.

“Your presence here clearly demonstrates your commitment to our noble course of ending world hunger,” he said.

“In line with the global FAO mandate and within the framework of cooperation with the Government of The Gambia, we continue to implement different projects in the country in support of national efforts geared towards agriculture and rural development.”

According to him, most of the FAO projects cut across issues tied to sustainable food security, value addition and marketing.

Dr Ahmadu added that their activities in The Gambia have therefore been within the context of operations as a United Nations agency based on their mandate to “relief nutritional levels, improve agriculture productivity and the livelihoods of rural populations”.

He remarked that through the different project categories, FAO has supported the country to address specific problems in the Agriculture and Natural Resources sector within a framework of partnership and collaboration.

The local FAO boss noted that their national programme aims at producing tangible results in the battle against hunger and paves the way for long-term sustainable development programmes.

“We in the FAO recognise the numerous challenges of eradicating hunger in this world,” he said.

He said the challenges cut cross socio-economic constraints, which will need the participation of all to bring about solutions.

“We therefore recognise the need for concerted efforts of the government and the private sector, civil society organisations and NGOs in the fight against hunger,” Dr Ahmadu remarked.

He said further that the task of creating a poverty and hunger-free nation will require promoting intersectoral linkages, building and strengthening partnerships, particularly at the national levels.

He said it is against this background that they promote an open-door policy for partnership and collaboration with the public and private sector institutions, particularly those that have similar commitment to food security.

“Last year, in this very room, we signed partnership agreements with the QCell GSM Company and Reliance Financial Services in different areas of interest,” he recalled.

The implementation of such agreements became very useful to all the parties including the farming population, he said.

“Today, we are again gathered here to witness the formalization of partnership between FAO and the Arab Gambian Islamic Bank (AGIB) in order to work together in the interest of our two organisations and the Gambian farmers,” he said.

He added that as the parties involved, they are again committing themselves to partner and collaborate in line with the contents of the memorandum.

“It is envisaged that the genuine partnerships between us will establish a reliable and sustainable system that will enhance a private sector participation in the agricultural development in the country,” Dr Ahmadu said.

“Specifically, this partnership is intended to support access to affordable and sustainable financial services to the agriculture sector, particularly for those in the rural areas.”

Sirajo Salisu, Managing Director of AGIB, in his statement, said the partnership is not for profit-making but to bring development to the nation, particularly the agriculture sector.

Mr Salisu added that they have been investing a lot in entrepreneurship but this time around it is in the agricultural sector particularly targeting rural farmers.

What is important for them is not how much profit in financial terms they make but how many lives they will touch with the partnership, Mr Salisu remarked.

He thanked FAO for giving them the chance to partner with them and share their successes.

Jamil Hassan of Arab Gambian Islamic Bank delivered the vote of thanks, while Mr Saidu Jallow, Communications Consultant at the FAO, chaired the ceremony. 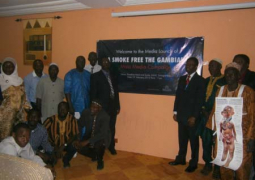