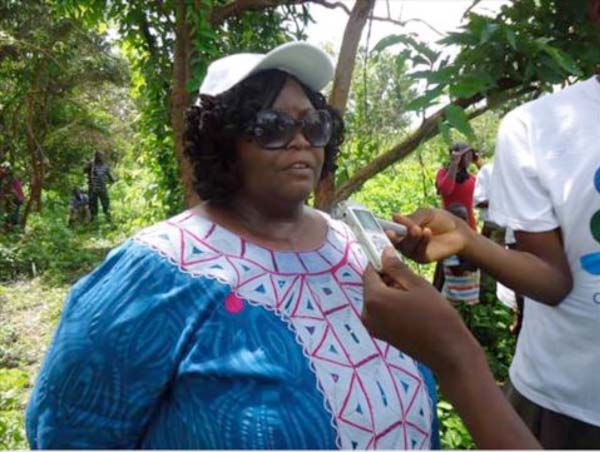 Dr Perpetua Katepa-Kalala, Representative of the Food and Agriculture Organization of the United Nations (FAO) in The Gambia, who spoke recently to The Point in an exclusive interview, has said the FAO has a strong partnership with the Gambia government.

Dr Katepa-Kalala touched on many salient issues regarding the work of the FAO in The Gambia. The following is an excerpt from the interview:

The Point: Many thanks for this opportunity. First and foremost, FAO has been present in this country for about four decades now – to be precise, 37 years. Could you share with us the focus of the FAO-Gambia government partnership?

FAOR: Yes, of course. As you rightly point out, FAO has been in the country almost 40 years. And really, let me start by thanking the Government of The Gambia for this partnership. But most importantly, the reason we are here is by invitation of government, because The Gambia is a member country of FAO. So, The Gambia, as the other 189 members of the FAO, see it fit to affiliate themselves with the mandate of FAO which is highly relevant to a country such as The Gambia.

FAO has a mandate to assist its member countries to eradicate poverty, to end hunger and to support agriculture and rural development. And all of those, I’m sure you will agree with me, are priorities of The Gambian government and many other countries in Africa and all over the world.

What have we been doing in the 37 years that we`ve been here? Many things! I wouldn`t pretend to tell you all of them, but I can tell you broadly the types and areas of work that we are in.

When we have a situation when there is a need to quickly bring in agricultural farm inputs to support, especially vulnerable farmers, FAO provides that support and has done that over the years.

We have many projects to be more specific that have covered that particular area. For example, the one that is probably more commonly known now is the MDG 1c Project which is an EU-funded project to enhance productivity and food security among smallholder farmers, especially women.

We have had in the past such projects as the Italian-funded FSCA (Food Security through the Commercialization of Agriculture) project which focused on enhancing capacities of smallholder farmers in value addition - in the processing of pepper, sorel (wonjor) and findi.

So, in the field of crops and livestock – all along the value chain, we have been really fortunate enough to have been involved in quite a number of activities, providing technical and financial support in that.

In the area of policies and strategy development, we have been fortunate to have been able to provide technical support and contribute towards the formulation of such policies as the ANR policy.

FAO worked with government and other partners to bring this about, and you know this is the policy that has been guiding the Agriculture and Natural Resources sectors of The Gambia over the past year.

And also in the development of sectoral policies such as the Seed policy, which was concluded a few years ago and FAO provided technical support for that. So, that is also an important area in the work that we do.

Another important area of work that FAO has been privileged to participate in is on institutional strengthening [capacity strengthening] such as working with the planning unit of the ministry of Agriculture, basically to strengthen their capacity in information collection, to analyze information, to disseminate information that pertains to crops, livestock, food prices and food security.

The other area of work in agriculture that we have been fortunate enough to be involved with is programme development, programme formulation.

FAO is often asked to contribute, to lead or to assist in the formulation of projects, especially complex agricultural projects - to be able to put together concrete ideas and show your donors and potential donors where their money is going to be spent, and the potential impact such investments would yield.

That is really essential for resource mobilization, and the recent example is the FASDEP project, where FAO contributed significantly towards the programme formulation process and the resource mobilization. And you may be aware that project brought in US$28m - so not a small amount of change. So, that`s the type of work we do and have been doing in agriculture. So, we have done a lot in agriculture.

The other area FAO has a mandate in is sustainable management of natural resources – forestry, fisheries and water.

In forestry in this country, we have a long history working with communities, with the Forestry ministry and department. And some of the work FAO has been involved with is to provide technical and financial support for the formulation of the sector policy. The policy of community forest management in The Gambia is really held in high esteem, even globally. I believe it was around 2011/2012 that the forestry policy received an international award.

The Gambia came second after the United States; so I am really pleased that we have done some excellent work in partnership with the ministry and department of forestry on this.

The other area that we have worked in within forestry was to support the strengthening of information about the sector. For example, around 2005-2006, FAO provided both technical and financial support for the study of the forest cover, and that was concluded around mid-2006 or there about.

Again sticking to forestry, FAO has a strong partnership with the government of the Gambia in helping with the strengthening of community forest management.

You know the Gambia is one of the world leaders in community forest management. It`s a difficult thing to do in a world where there is rapid urbanization, rapid breakdown in traditional structures, to get a group of people to say we are going to set aside this space for forest, and we are going to manage it in such a way that it`s going to be sustainable and together we will do our monitoring; we will make sure that it is used in a way that doesn`t damage the forest, and all of us are going to abide by the set of rules we`ve put in place. It`s not an easy thing.

Many countries have tried without a whole lot of success, and The Gambia is one country that has succeeded in that. So we have been very fortunate to have been able to participate in this work through such projects like the National Forest Platform, and currently the ongoing Forest and Farm Facility (FFF) initiative in partnership with non-governmental organizations such as NACO, as well as governmental institutions such as the National Environment Agency, the ANR platform, the department of Forestry and the ministry of Forestry. So, it`s really a joint work.