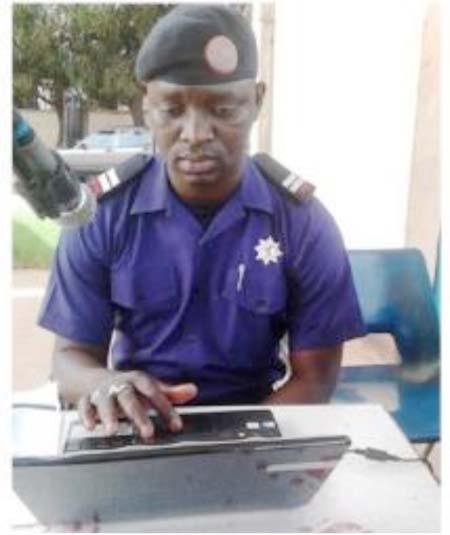 The Gambia Fire and Rescue Services (GFRS) has said that even though news of fire outbreaks is becoming a commonplace in the country, the recent outbreak in Fajikunda “is exceptional”.

Inspector Ousman Drammeh, public relations officer of GFRS, said the fire incident at Fajikunda on 8 December 2015 has left the victims with nothing other than the clothes they were wearing at the time of the disaster.

In an interview with The Point newspaper on Tuesday, Inspector Drammeh said the incident started on 19.22hours in the house of one Abdoulie Camara in the compound of Bala Musa Camara.

“The fire was very serious because it ravaged all his belongings,” he said.  “The cause of the fire is currently under investigation.”

He urged people to have the contact numbers of the fire services and call them in case of any fire incident.

“Image someone have to come all the way from where the fire incident was in Fajikunda to inform me of the fire and it was then that I called the Churchills Town fire station to go to the scene,” the fire service PRO said.

He advised house owners and the general public to be mindful of candles, gas bottles and incense pots locally called ‘Anda turi’ because they can cause fire.

Women U-17 set for historic encounter