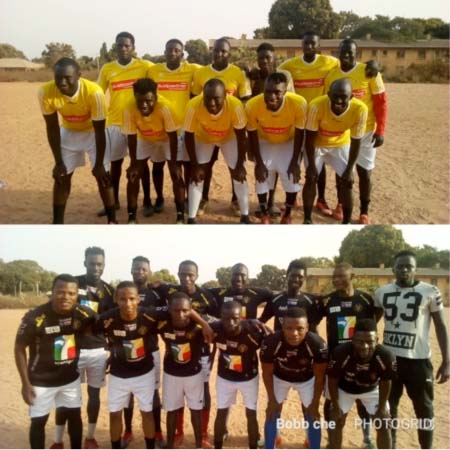 The knockout tournament is meant to show appreciation to all players who have ever played for Fajara South Atlantic FC, officials of the team, those who invested in the team, fans as well as all well wishers.

Ebou Jeng, Secretary General of Fajara South Atlantic Football Club, explained that each team is given five hundred dalasi while the winner will receive one thousand dalasi.

Mr. Jeng added that the idea is to show appreciation to the players of the club for their willingness, commitment and dedication to the team knowing that some players will not be with them next season.

He also said that during the team’s first year participation in the Manjai qualifiers they qualified for the nawetan proper and went on to reach the final but eventually lost. However they went on to win three trophies in Manjai, he went on.

At Bakau, he said they also won three trophies.

He also said that the tournament is also meant to upgrade youth as well motivate them. He urged players to work harder, giving an example of Senegalese international Sadio Mane who plays as a winger for Premier League club Liverpool who started like them.

According to him, in anything you do if you show commitment and hard work you are likely to realise your dreams.

He also urged players to show discipline throughout the tournament as the younger ones look up to them.

Nyaw Kebba Ceesay, president Fajara South Atlantic Football Club, said they cannot pay the players and everyone for what they have done for Fajara South but to only show their appreciation which is why they organised the tournament.

Mr. Ceesay thanked the sponsor of the tournament and Fajara South community for their unity and support.

He highlighted that the money is not the issue but bringing all players together to show their appreciation.

“We are really proud of everyone for always being there for us,” he went on.

In conclusion he also urged all to work together to ensure they get to where they want.