The 2008 League Champions Wallidan will take on the 2006/07 FA Cup champions GPA  in the semi finals of  the 2008 Gambia Football Association Gamtel sponsored FA Cup on Wednesday  at the Serrekunda West Mini-stadium.

GPA will be looking forward to defending their title. which in another words will be consolation following their failure to secure a spot in the first division as they will be playing their next year's league football in the lower league.

GPA Coach, Faraba Fofana, who spoke to Pointsports when the team was finally set for relegation, pointed ouat that despite the fact that they were not able to stay at the second Division, his team will fight hard to defend the FA Cup title.  And going by his words, the team is heading to that quest.

Having made it to the semi-finals, Wallidan will also be working on winning their second title for the season.

Wallidan defeated Sea View 3-0 while GPA beat Flamemins 2-0 to proceed to the semis.

The same day, league runners-up, Samger, will lock horns with Steve Biko at Serrekunda East. Samger made it to this stage after defeating Serrekunda East FC 2-0 at the quarter finals.

The winner of each semi-final will meet in the final slated for September 7, 2008. 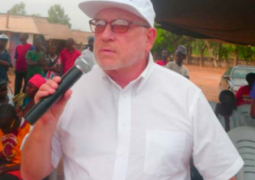