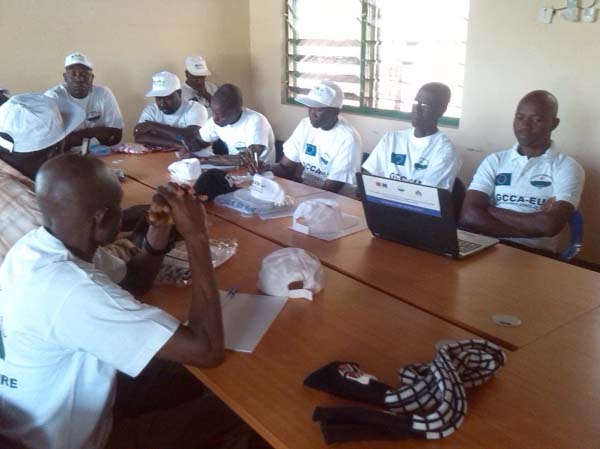 About 40 extension workers from Upper River and Central River regions at the weekend concluded a three-day convergence on mainstreaming climate change into development planning.

The forum was organised by the Department of Water Resources as part of component 2 of the European Union-funded Global Climate Change Alliance (GCCA) project.

Speaking on the occasion, deputy Governor Alhaji Malang Saibo Cambia of CRR said The Gambia has shown real commitment to the protection of the environment as key component of sustainable development.

He explained that mainstreaming climate change into development planning could be one of the surest means of improving community livelihood to ensure environmental sustainability.

He noted that The Gambia is highly vulnerable to rise in sea level because of its low-lying coastal areas.

Tijani Bojang, GCCA project coordinator, said the project is funded by the EU under its fast-start financing for climate change adaptation.

The Gambia is a beneficiary of the project because of its vulnerability to climate change impacts such as sea level rise, change in rainfall patterns, increased temperatures, among others.

Mr Bojang said the objective of the GCCA project is to contribute to the capability of the government and people of The Gambia to adapt to increased climate variability and change.

He explained that the project aims to achieve its objectives through two components: coastal zone management, and mainstreaming climate change into development planning.

Under the project, stakeholders recently validated the first draft of the National Climate Change Policy document.

The policy was validated at a time when global climate risks are accelerating thereby creating a challenging developmental context.

Prof. Musa Sowe, director responsible of master’s programme on climate change education, said they recently graduated their first batch and are now recruiting the next batch for the course that starts in April and last for two years.

The responsible master’s programme on climate change education is run by a consortium of 10 universities in West Africa plus some universities in Germany.Students are recruited from each country, every year for the course.

Prof. Sowe said people have to think about the environment and the consequences of climate change in whatever is being done for the interest of sustainable development.

He explained that mainstreaming climate change into development planning began with the national policy, to sectors, regions and to the grassroots through extension workers for everybody to think about the environment in their daily dealings.

Buba Camara, climate expert from the Department of Water Resources, said the department is the implementing agency for component 2 of the GCCA support programme.The programme aims to promote mainstreaming of climate change into national development plans.

Mr Camara said the GCCA programme builds upon the foundation laid in developing The Gambia national adaptation programme of action.