The trial was expected to continue yesterday, with a trial-within-trial on whether the cautionary statement of the ex-police chief was obtained voluntarily.

However, it could not proceed as the defence counsel was not in court.

The ex-police chief claimed earlier that he was seriously tortured in obtaining his cautionary statements at the NIA, which prompted the judge to order a voire dire or mini trial to ascertain the truth.

Badjie had started giving evidence in the mini trial, but could not finish due to a series of adjournments.

Both the accused persons and state counsel A.M Yusuf were present in court yesterday.

However, the trial, which has been stalled for almost six months, failed to proceed, because the defense counsel, Borry S Touray, was said to be engaged at the Brikama High Court.

Justice Amadi told the court that the defense counsel wrote a letter to the court seeking for an adjournment on the grounds that he was at the Brikama High Court.

The judge also expressed concern over the long delay of the case, since last year August, while calling on both parties to ensure that the trial is expedited.

It would be recalled that the ex-IGP and two senior military officers were indicted and arraigned at the high court on a 51-count charge including conspiracy to commit felony, obtaining money by false pretence, economic crime, obtaining goods by false pretence, official corruption, sedition, abuse of office, among others.

Hearing into the matter is expected to continue today. 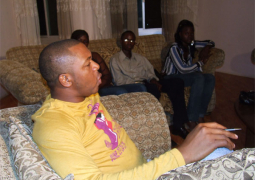