Disgraced former Chief Justice of The Gambia Friday invited journalists to a press conference, where he among others denied soliciting and negotiating a bribe, saying the audio tape that was posted on YouTube was “doctored by disgruntled and ill-intention people in order to deceive and mislead the Gambian people and the world at large.”

Justice Joseph Wowo, who did not entertain any question from the journalists, was sacked a few days after he was caught on tape alongside former Justice Minister Lamin Jobarteh, allegedly soliciting a bribe from a Dutch businessman, Andre Klaabergen, in an attempt to sway justice in a case before the Gambia Court of Appeal.

“How much are you willing to offer first, so that we can negotiate,” Mr Wowo was heard saying on tape, now posted on Youtube titled ‘‘Gambia Corruption.’’

“Since I was in the bench, I have never asked or received any sought of gratification in relation to the discharge of my judicial responsibilities,” he said at the press conference held in Fajara.

“At the meeting for the settlement of both parties at the former Minister of Justice’ house, there was no agreement between the parties, and at no time was the issue of gratification to me discussed,” he said, adding that he was only trying to help both parties in the case reach an out-of-court settlement.

“You know my position; based on my position I’m not even supposed to come here in the first place. I’m the President of the Court of Appeal, and now I’m acting Chief Justice,” Wowo was heard saying in the tape.

Justice Wowo told journalists that the presence of all the parties including the plaintiff, the defendants and their two lawyers, Christopher Mene for the plaintiff and Chuka Agbakuonwu for the defendants, made it impossible for the issue of bribery to be discussed.

‘‘I want to reiterate that I have never requested or demanded for any form of bribe or gratification for anything done or undone in the exercise of my judicial functions,’’ he stated.

Meanwhile, reports have it that the Government of the Federal Republic of Nigeria alongside some civil society organisations has shown interest in the matter.

The minister of Foreign Affairs, Olugbenga Ashiru, promised to look into the matter to make sure Mr. Wowo was not wrongly accused, reports said.

“We believe in due process and rule of law,” Foreign Affairs Minister Ashiru told Nigerian journalists.

“That is what we even do in Nigeria here in terms of our judiciary, where our Chief Justice is working round the clock to sanitise the judiciary. The case in The Gambia is being looked into, and if there is any case of high-handedness or whatever, the Nigerian government will look into it and take necessary steps to ensure that the interest of the Nigeria is protected,” Ashiru was quoted as saying.

“One of our own principles is that we will stand up for our citizens’ rights anywhere in the world, especially where it is a case of victimisation or injustice. But when a Nigerian willfully plans to commit a crime, then he is on his own because, as government, we don’t support criminality, indiscipline, or anybody going to break the laws of any country,” he said.

Joint Statement ahead of the International Day for the Elimination of Violence against Women, 25 November 2015 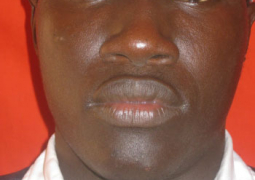