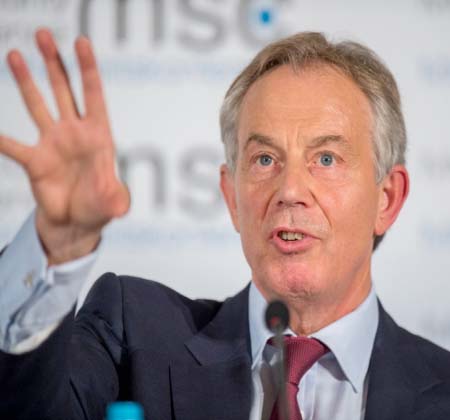 Former British Prime Minister Tony Blair has expressed satisfaction with the new situation in The Gambia and promised to highlight the country’s case to the international community.

Mr Blair, who is the head of the African Governance Initiative, made the remarks on Friday at the Coco Ocean Hotel during a meeting with some cabinet ministers as part of his working visit to The Gambia.

He urged the authorities to capitalise on the goodwill of the international community to attract investments.

He further advised them to prioritise the things they wish to accomplish and put the right policies in place.

Mr Blair was accompanied by the executive director of ORASCOM, Naguib Sawiris, who also promised to assist The Gambia in the energy sector.

Speaking at the meeting, the ministers of Foreign Affairs, Tourism, Finance, Trade, Justice and Information all underscored the challenges facing the country and their various ministries.

They called on Mr Blair and his delegation to use their good offices and international connections to help The Gambia overcome the urgent challenges it is confronted with.