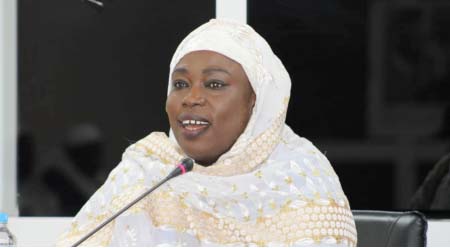 Mrs Jatta-Jarju told the Commission that without their notification, some members of the July 22 beauty pageant used to attend official programs and were employed as protocol officers for Mr Jammeh.

She said she has a Master’s degree and had several trainingssaying she has been working at the Ministry since 1999.

Mrs. Jatta-Jarjue, who was born in Banjul and currently resides at Kerr Sering, said they started to mainstream gender issues at the ministry in 2004, which involved child protection and sexual harassment, adding that there is also a Code of conduct for teachers.

On how many cases of abuse they had recorded from 2004 to date, she said was not up to 500, but explained that the beauty pageant started in 2006 when Fatou Lamin Faye was the Minister and there was a Miss Black USA pageant in which the Ministry participated and later decided to organise the 22 July beauty pageant.

On the Miss Black USA, she said 50 girls came from USA and 50 girls were selected from Gambian Senior Secondary Schools to compete with them. She said their participation was an eye opener for them.

“In 2008, the Ministry was involved in the Miss 22nd July Beauty pageant and this was suggested by the former president Yahya Jammeh but the only difference it had with the Miss Black USA was that it was offering scholarships.”

According to her, the criteria involved in selecting the girl was their level of intelligence and comportment, saying there was a committee including members from the Ministry of Tourism, Communications and Judges among others.

The witness indicated that during the first competition, 70 were selected from both Upper and Senior Schools across the regions, while 30 came from the Tertiary level. “Judges comprises of retired educationists, lawyers, Chamber of Commerce and Tourism.”

She said the issue of pageant was a new thing to them as a Ministry; adding that the first pageant was big but they had a little knowledge about it, saying among the things they considered were the cultural dresses and the talent among others.

The witness continued that winners from Upper Basic were entitled to scholarship up to Bachelor’s degree and those of Secondary were sponsored up to Masters Level. “Those who prefer courses that are not available in The Gambia are awarded scholarships overseas and for the first edition only two were sent overseas and were financed by the former President.”

However, she said both the Ministry of Basic and Secondary Education and Higher Education paid some of the scholarships. She said a day was usually set for a courtesy call to the president where the former President will give the winner a gift.

“The former head of State also organised Banquet for the girls accompanied by some of the judges and some members of the Committee to Kanilai. I attended the first Banquet and the girls did not do anything but they were only served with food and beverages.”

She said she had a good relationship with the girls and used to call them at any time and there was a time when State House contacted her, informing her that there was a call for position of Ushers and she will always ask the girls if their parents were aware, and some of them will respond in the affirmative while others felt reluctant to go.

According to her, at the latter part, she was not getting calls from protocol officers, indicating that the Office of the President would rather contact another person in the same office. However, she disclosed that anytime the girls were sent for such activities, a chaperon will accompany them and when they returned, the person will give her feedback.

She said as a concerned person, she always advised the girls to be careful with their lives so that they get to places higher than they; adding that Yahya Jammeh was the patron of the pageant. “At the end of every pageant, the Minister would write a cabinet paper accompanied with other particulars to the president.”

She recollected that a person working at Mr. Jammeh’s Office as Protocol Officer went to a particular girl’s house and said they wanted to help the winner in a different way which she indicated to the family as false and made it her duty to talk to the mother but she later came to hear that she was sexually abused by Mr Jammeh.

The witness further explained that despite her smooth relationship with the girls, nobody had ever complained to her that something wrong was happening; adding that she didn’t know whether the girls had a close proximity at State House.

Mrs. Jatta-Jarjue testified that two of the girls that benefited from the Miss 22nd July Beauty pageant were subsequently employed as Protocol Officers at State House, saying some of them could not continue because the funds were not forthcoming.

She said former Protocol Officer, Sanna Jarju and former NAM Borry Colley, used to call her for the girls to be attending official events. “There was one girl who also benefited a scholarship from the former President but after a year, she came back and her passport was seized from her and could not go back. She came third in one of the pageants. Subsequently, she got married.”

The witness told the commission that if the request for girls to participate in events did not pass through their Ministry, it would be difficult for them to trace them because they are living with their parents. She added that one of the girls started to work as protocol officer when she was 17 years and she travelled with the president together with other two girls that were at the Tertiary level.

In her closing remarks, she said it is not all right to keep quiet but it was important to speak out, calling on the Police and the Ministry of Justice to bring those found wanting to Justice. 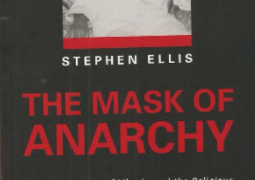