The deputy editor-in-chief of the Daily Observer Newspaper, Alhagie Jobe, continued his testimony under cross-examination in the trial involving him and one Mbye Bittaye, at the Special Criminal Court in Banjul before Justice Emmanuel Nkea.

Further responding to questions, Jobe told the court that Madikhan Jobarteh (PW4) was a colleague at the Daily Observer Newspaper, adding that he knows PW2, Baturr Ceesay, who is his co-tenant.

He adduced that at the time arrest was effected on him, it was in the presence of Baturr Ceesay, adding that his duty of work was more than from morning to midnight.

“My closing at work depends on the job,” he said, adducing that he was arrested on Friday, a fateful day for him that he did not go to work. He said further that the Daily Observer does not publish on Saturday.

“I am making it clear that he does not report to me, but instead to the MD, Faye,” he said, denying further that he never used CUG line to make international calls.

Editor Jobe elucidated that the computer that was found in his office, was the property of the Daily Observer Newspaper, and he was only using it for official purposes.

Tomorrow is D-Day for Babylon alkalo and 13 others 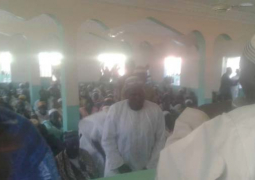