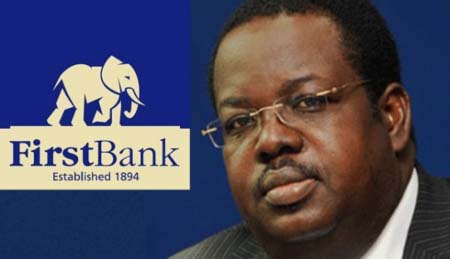 A subsidiary of FBN Holdings Plc, FirstBank Ltd (First Bank Commercial Banking Group or the “Bank”),announced in November this year that it has completed the acquisition of these fourWest Africa operationsof ICB.

By this acquisition, FirstBank has brought to pass its stated ambition to win significant market share, expand its pan-African footprint and diversify earnings while delivering value to shareholders.

The transaction also has considerable strategic benefits directly aligned with FirstBank’s growth plans and provides a very strong platform for regional growth as the Bank expands its operations to take advantage of opportunities across the wider continent, a press release issued recently by the bank stated.

The acquisition is expected to spur the bank to consolidate its position as one of the largest corporate and retail banking financial institutions in sub-Saharan Africa (excluding South Africa).

“As a first step towards establishing a broader pan-African footprint, in October 2011 the Bank acquired a new subsidiary, Banque International de Credit (BIC), one of the leading banks in the Democratic Republic of Congo,” the release also states.

The existing banking operations in the four new markets FirstBank has entered have broughtunder the bank’s purview 28 branches of which 17 are in Ghana, 5 in Guinea, 4 in Gambia and 2 in Sierra Leone.

ICB’s West African operations employ over 600 people, the release states, adding that the assets of these operations will enhance the FirstBank’s balance sheet by 1.32%.

With over 120,000 customer accounts and a focus on the mid-corporate, SME and retail segments, ICB provides clear alignment with FirstBank’s existing strategic focus, the release also adds.

In his comments on the transaction, FirstBank Chief Executive Officer Bisi Onasanya said: “The acquisition of ICBGFH assets in Ghana, Guinea, Gambia and Sierra Leone fulfils the first stage of our ambitions to steadily build a broader and more diverse footprint across Africa.”

The transaction, which has been effected through the completion of a Conditional Sale and Purchase Agreement with ICBFGH, has the support of the Boards of Directors of each of the banks involved whilst the relevant regulatory approvals have been obtained, the release states.

The combined entity, it adds, will be incorporated into the international banking operations of FirstBank, which are headquartered in Lagos, Nigeria.

FirstBank remains “the leading bank in the Nigerian banking sector” with a Total Asset base of N3 trillion (US$21.3 billion) as at 30 June 2013.

Says CEO Onasanya: “By leveraging the transfer of FirstBank’s expertise and execution capabilities, supported by the Bank’s robust risk management and corporate governance policies, there is a strong opportunity for an appreciable rise in the combined entity’s asset turnover over time while net revenue synergies are set to improve profit margins.”

By establishing a footprint in carefully selected African countries, the Bank expects to improve its ability to effectively serve an increasingly international profile of corporate and institutional customers.

This latest transaction expands the Bank’s geographic footprint to cover 10 markets internationally, with existing operations outside Nigeria in the United Kingdom and France through its subsidiary, FBN Bank (UK) Limited.

The bank also has representative offices in Johannesburg, Beijing and Abu Dhabi.

Expansion offers a range of benefits, including new growth options, a diversified and broader geographical earnings profile, reduced country specific risk and enhanced customer benefits, which, the release notes, people of The Gambia are expected to tap from.

CEO Onasanya again: “We are committed to developing a multi-local business model that broadens our geographic revenue base while providing enhanced service delivery to our new customers.”