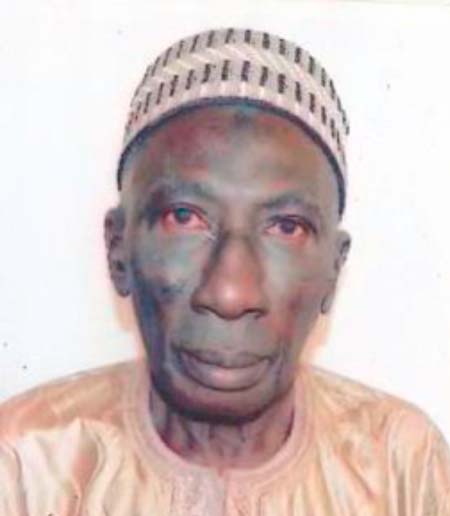 According to reliable sources, The Gambia is about to receive food aid.

The current Minister of Agriculture, Hon. Omar Jallow, who is no stranger to the Agricultural sector, with over a decade of experience as Minister of  Agriculture during the PPP Government, should use his experience to remarkably alleviate the causes of great injustice that Gambian farmers suffered during the past 22 years of dictator Jammeh’s repressive government.

In view of the plight of Gambian farmers, there is urgent need to focus on the various donors to secure adequate food supplies during the coming years .When food fails civilization falls apart. There is no substitute for food.

Food aid should therefore be regarded as supplement to the amount of food that Gambian farmers produce.

In order to meet the increasing demand for food throughout the country, the wounds inflicted by the Jammeh regime on every sector of agriculture should be healed by accessing the needs of farmers with the view to practically enabling growers to grow what they eat and eat what they grow rather than amplifying empty slogan shrouded with overambitious aims to become self-sufficient in food production.

Indeed the only realistic approach to gaining food sufficiency in The Gambia is through the revolutionary measures to change from subsistence farming to mechanised farming.

The technological appliances necessary to bring about this change are available. The substantial increases in productivity necessary to meet the food demand have to be addressed with utmost urgency to cater for a brighter future for the Gambian farmers.

We in The Gambia, in this blessed enclave, this tiny, economically ill endowed country, yet a shining example of peacefulness, of homogeneity and of courage, have succeeded in winning our political freedom and of maintaining our national cohesion, despite our family quarrels despite the vicissitudes of the weather and emphatically, in spite of the repercussions of the economic crises of the outside industrialised world upon us together with their fierce contradiction and conflicts.

Thanks to the devoted efforts and patriotism of our national leaders and torchbearers of all shades of political outlook who united, were able to rescue our nation from the shackles of tyranny and those of whom today constituted the vanguard force in the arduous course of steering our national destiny.

But in every process of true emancipation, one must not concentrate all the time to one side of such undertaking, since there are other sides too of vital importance. The same searchlight has still to be pointed further in order to harmonize the whole setup.

There was no even distribution of the economic gains   of this country. Rather there was what amounts to the economic violations of the human rights of the Gambian farmers and kits and kin.

The Gambian farmers are the main producers of our major means of existence. They provide the backbone of our economic life. The crops and livestock they provide by way of back braking, outmoded methods under scourging tropical sun and torrential rain with half empty stomach - they supply to the state.

But when it comes to the distribution of such revenue, the peasant / farmers - the very producers - receive far less than the state officials who sit behind their cozy office desk to negotiate with world market consortiums for the sale of the product.

The unskilled labourer who bears the brunt of the day and the hit, the docile worker, the heavy duty truck driver, the docker who loads and unloads the material need of our wherewithal faced with all concomitant risks and dangers; the fisherman in his trawler, who braves the waves and inclement weather surrounded by the threat or unpredictable peril; the electrical subordinate, who translate theoretical instructions into practice and as such constantly stands exposed to electrocution in order to provide power supply to the nation, particularly the well to do, who consume far more electric energy; the non-commission Policeman on the beat who stand face to face with hardened criminals with all the inherent risks, the genuine bricklayer whose sored hands make life normal and even comfortable for his exploiters to name a few, are all among the underpaid and socially insecure among the gigantic army of labour who by hand and brain create the structures, without which our homeland would have been doomed to a state of anarchy.

Irrefutably, every worker and peasant / farmer, every participant in the national reconstruction process is important and indispensable. The emphasis here is that each and every person who labours should be remunerated equitably.

Exploitation of man by man is no natural phenomenon. It is the deliberate devise of man. So for one to grab more than his share of the whole, is outright cheating. Wherever and whenever injustice is possible, justice should and could be possible.

Now it is time to focus on the most vital, most expedient, most pertinent yet most titanic battle of all. It is the battle for economic justice for all our people. This humble appeal from a retired but not tired is based on nothing but the truth and will certainly vibrate infinite echoes in the hearts and consciences of all those who care to browse over it and who qualify themselves with the noble title of HUMAN BEINGS

Africa to Hold Synod of Bishops In Rome