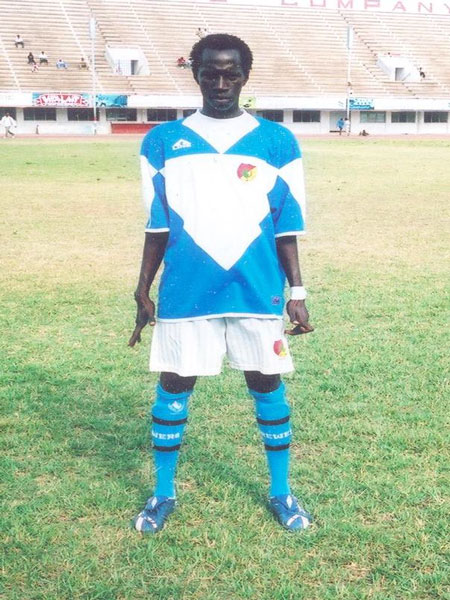 Ebrima Dampha, alias Takkinadi, is among the youngest and most skillful players in Bakau

He started his football on the streets of Bakau Newtown.

He was born in Bakau in 1990 and started his career with Seaview FC in the Bakau Nawettan League Championship in 2003. His brilliant performance in the 2004 Nawettan and zonal championship attracted Steve Biko's coach, Abdoulie Bojang, to invite him to join his team in the GFA first division league.

He was part of the Bakau zonal team that won the 2004, Zonal Championship.

Speaking to Pointsports, Ebrima Dampha said that his ambition is to become a professional player in the near future.

He revealed that football is a source of income for many people worldwide.

He commended his team coaching staff, teammates and his fans for their advice and encouragement.

He assured his fans and the staff of his commitment to do his level best to perform extra well and continue to train hard for the betterment of his football career.