WHO says latest figures of death toll has reached 2,300; nearly half of them died in the past three weeks.

President Sirleaf-Johnson of Liberia is appealing for help. She said in the coming days thousands of people will be affected by the virus. She expects the situation to worsen if help does not come soon.

The President of Guinea, Alpha Conde, on Tuesday invited journalists to collaborate with government to work closely to fight the virus, dispel rumours and educate people.

He called on all Guineans to pray and fight the virus. He further said in August 257 people were affected by the virus.

President Conde criticised Senegal and Ivory Coast for closing their borders. He commended Mali for continuing to open the borders with Guinea.

He assured the nation that the three affected countries are working closely to bring the situation under control.

Already Guinea has closed its borders with Sierra Leone

President Conde appealed to the international community for aid to fight the virus. 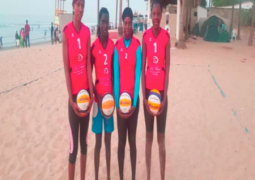