British military and humanitarian staff have arrived in Freetown to spearhead the UK’s £100 million mission to contain and control the outbreak.

More than 40 military personnel and humanitarian staff have arrived to oversee the construction of the UK’s medical facility and assist with the UK’s response. (reliefweb)

The European Union (EU) will aid Republic of Congo in the prevention of Ebola through training of health workers and boosting capacity of the national laboratory to test the virus, a diplomatic source said on Tuesday.

“We have agreed to continue exchanging views on what role the EU could play, especially with regard to training of health workers and reinforcing a national laboratory to test Ebola virus,” head of EU delegation in Republic of Congo De Lange Saskia said after meeting in Brazzaville with the country’s Health Minister Francois Ibovi. (TVCNews)

The Ebola outbreak threatens to become a political crisis that could unravel years of effort to stabilise West Africa, a think tank has warned.

The world’s largest outbreak of Ebola has caused 2,811 deaths so far, mainly in Guinea, Liberia and Sierra Leone.

The UN has warned that infections could treble to 20,000 by November. (BBC)

Cameroon have agreed to Sierra Leone’s request for the Indomitable Lions to host their 2015 Africa Cup of Nations qualifier in Yaounde on 10 October.

The match was originally scheduled to be held in Sierra Leone but the Confederation of African Football announced it was keeping in place a ban on matches in the country because of the outbreak of the deadly Ebola virus. (BBC) 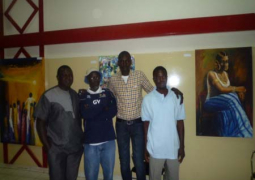