Testifying for the prosecution, Bai Matarr Drammeh,  president of the Gambia Chamber of Commerce and Industry, GCCI, who is also the chairman of the Gambia National Insurance Company (GNIC), told the court that he is a member of the council of the University of The Gambia.

Mr Drammeh adduced that the council is the policy-making body of the university, adding that the chairman is the current Minister of Foreign Affairs, Dr Tangara.

He told the court they operate according to the issues brought before them, during their deliberations, and which meet by the notice from the secretary general, stating that the last meeting he attended was six months ago.

The witness added that as council members they were tasked with the function of employment, adding that he was once tasked to go through the application of one Ghanaian national and see whether the applicant was qualified to handle the position of the University Financial Director.

He added that he did not know any relative of the applicant.

Under cross-examination by defence counsel, Pap Cheyassin Secka, the witness told the court that he did not know whether the said post was advertised or not.

He added that he recommended the applicant as fit and competent to handle the post of financial director, but he did not question the character of the applicant.

Still under cross-examination, Mr Drammeh stated that he did not know the reason why a single application was brought to him, adding that the character of a person was very important in appointing a financial director. 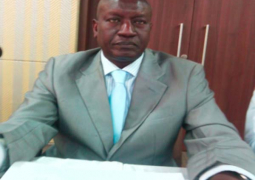