It is twelve years today since those yet-unknown killers destroyed Deyda Hydara’s physical frame, but failed to destroy his spirit, which has been living on and on.

His killers and their cohorts were misguided into thinking that after murdering Deyda Hydara in cold-blood, memories of him would be erased forever.

His killers failed to realise that people like Deyda Hydara, who dedicated their lives to a cause greater than themselves, become larger than life and death.

Who killed Deyda Hydara? We are yet to know. But as law-abiding citizens, we expect the authorities, especially the incoming government, to do all they can to track down his killers.

We sympathise with the family on this sad occasion of the anniversary of his brutal assassination, and pray that his soul rests in perfect peace!

We will continue the cause! 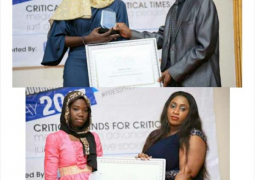