This is yet another anniversary of the assassination of prominent Gambian journalist, Deyda Hydara. It is eight years since he was brutally murdered by unknown assailants, and yet, there is no indication that the Gambian authorities have any intentions of investigating the case with a view to apprehending those responsible for this heinous crime.

While everyone, no doubt, welcomes the yet unconfirmed reports that the government has invited the United Nations to send investigators to probe the case, most people are still quite skeptical about how genuine the authorities are in their invitation.

We can all recall what had happened in the case of the joint UN/ECOWAS probe into the still unexplained deaths of more than 40 Ghanaians in The Gambia in 2005, which, apparently due to lack of cooperation from the authorities, ended inconclusively and eventually completely exonerating the Gambia government of any responsibility.

Looking at the present governance environment in the country, it is hard to see how any official of the regime or anyone else would be bold enough to fully cooperate with the UN investigators, especially when what they know may implicate the regime or its agents. Therefore, what is likely to happen is that the UN investigators would either get less than the required information and cooperation and, therefore, come up with an inconclusive probe or it would just end up like the UN/ECOWAS probe, completely exonerating the regime of any responsibility.

In fact, from the very beginning, the Gambia Press Union and other civil society groups had always called on the authorities to invite more competent investigating bodies from abroad to help our security forces to unravel the case, but the regime had always turned down the call, saying that our security forces had the competence to carry out the investigation, and yet so far, they have failed to carry out any serious investigation.

There is no doubt that if the authorities had agreed to such a proposal then, by now the truth would have been known as to who killed Deyda, and why. Therefore, the failure to investigate the case for almost eight years has, no doubt, further dented the Gambia’s image as a respecter of the rule of law and provider of justice for its citizens.

In view of the obvious reluctance on the part of the Gambian authorities to investigate this heinous crime or invite other competent bodies to help do so, it is hard to see how at this very late hour any investigator, no matter how competent, can still be able to lay hands on the relevant evidence and come up with an authentic report, especially when all the vital evidence like the bullets and the autopsy report, are in the hands of the authorities.

As the Mandinka saying goes: “It would be impossible to find the drumming stick when the drummer puts his foot on it”.

It is also quite unfortunate, however, that every time President Jammeh comments on the Deyda case, he makes some ambiguous remarks which tend to confuse rather than clarify his regime’s stand point on the issue.

We can recall when during one of his interviews with GRTS, he was alleged to have asked anyone who wanted to know who Deyda’s killers were to “go and ask him”. Also, during an interview with the BBC shortly after the presidential elections in November 2011, he compared Deyda’s brutal murder to the deaths of other Gambians in road accidents, thus further dashing any hopes that his regime had any genuine intentions of investigating the case.

We can also recall the so-called ‘Confidential Report’ that was released by the National Intelligence Agency (NIA) in 2005 in which instead of displaying any seriousness in investigating the case, they chose to subject Deyda’s personal character to all sorts of disparaging comments, even to the extent of blaming his death on his wayward behavior.

In fact, as far as we can recall, that was the only report so far ever released on the case, apparently indicating that there are no ongoing further investigations.

While there is as yet no iota of evidence to accuse the government or anyone else of complicity in Deyda’s murder, but the least anyone expected from the authorities was to show commitment in thoroughly investigating the case with a view to bringing the culprits to justice.

Therefore, their failure to do so tantamount to shirking their responsibilities to a bona fide Gambian citizen to whom they owed the obligation to protect, thus further denting the Gambia’s image as a respecter of the rule of law and provider of justice for its citizens.

Therefore, even the failure of the authorities to make the autopsy report available to the Hydara family or to even carry out a forensic analysis of the bullets recovered from his body, which are some of the most basic things anyone would expect from any responsible authority, couldeasily be interpreted to mean an apparent attempt at a cover up. 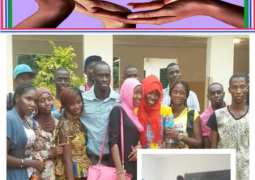 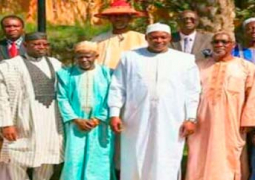